Thank you for showing your support for bicycling in The Woodlands.  There are several important upcoming opportunities to show your support publicly. People that don’t want bike lanes are showing up to these meetings – it is critical that people who support bicycling show up as well! To start, spread this petition to everyone you know who […]

Thank you for showing your support for bicycling in The Woodlands.  There are several upcoming opportunities to show your support publicly. We’ve found through our advocacy work that officials tend to listen to the people who are showing up and making the most noise. Therefore, it is critical that people who ride bikes attend public meetings to […] 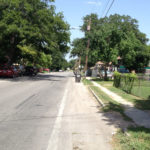 The City of San Antonio is spending $14 million to improve Theo and Malone between IH-35 and Zarzamora. Unfortunately part of that “improvement” is removing the bike lanes. Sign the petition below to show your support for IMPROVING bike lanes, not REMOVING them. The City’s Capital Improvements Management Services department held a public meeting in […]

Photo by Iris Dimmick / Rivard Report UPDATE: After another meeting where once again bike lane supporters were not able to speak, TCI has moved forward with a recommendation to remove the bike lanes – using nearly half the budget of the bike program to do it! We have urged you to be calm and respectful […] 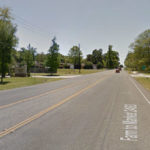 TxDOT and Tyler MPO are making plans to widen FM 2493 south of Tyler. The planned construction includes adding sidewalks, but does not include any provision for bicycles. Sign this petition to show your support for people who bike in the Tyler area! Your signature reminds road builders that: Many people ride bicycles in the […]

Originally published: BikeTexas Today July – August 2002 Longtime BikeTexas member Jim Kerr spent a lot of time on a bicycle. His death while riding his bike in November 2001 was a blow to us all in Texas, and especially to his friends, those who regularly rode with him, and to his fellow members of […]

Originally published: BikeTexas Today February – March 2003 Lawrence “Larry” Schwartz was born January 5, 1961, in Washington, D.C. and passed away May 4, 2003, in Dallas. Larry was featured in our March-April issue of BikeTexas Today and recognized in the Dallas Morning News for his prolific cycling. In 2002 Larry cycled approximately 25,000 miles […]

Originally published: BikeTexas Today August – October 2004 On May 8, long time Dallas-Fort Worth area bicyclist Phyllis Hassan was killed while riding her bicycle on Highway 51, just outside Granbury, TX. An Arlington resident, Hassan, 73, suffered head injuries after being struck by the side-view mirror of a passing SUV, and was Care-Flighted to […]

MISSION BikeTexas advances bicycle access, safety, and education. We encourage and promote bicycling, increased safety, and improved conditions. We unite and inspire people and provide a cohesive voice for people who ride bikes in … END_OF_DOCUMENT_TOKEN_TO_BE_REPLACED