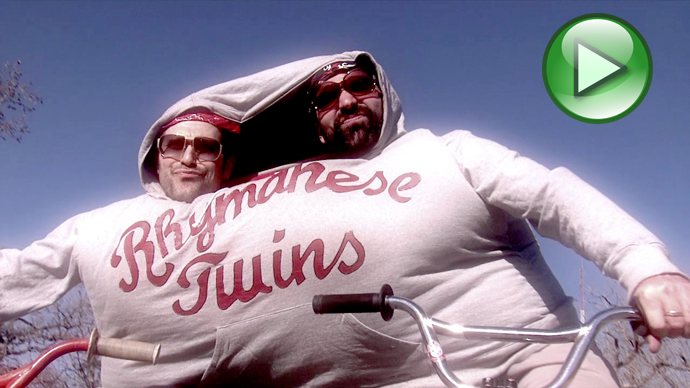 BikeTexas kicked off Bike Month 2012 on Tuesday, May 1 with the online release of a new music video produced for our TxDOT-funded, ‘CATS’ presentations on College Active Transportation Safety.

Safety Bling! complements a set of bicycle and pedestrian safety presentations by BikeTexas and destined for freshman orientation at seven to thirteen pilot colleges and universities in Texas in 2012.

What’s the need? According to the U.S. Department of Transportation, Texas has the third highest number of annual bicyclist fatalities in the U.S. The majority (70%) of those fatalities occurred in urban areas.

College students moving into urban areas to begin post-secondary studies are more economically and socially inclined to walk or cycle – some for the first time and without knowledge of campus area roads or safe riding techniques.  Education about pedestrian and bicycle safety is important for college students’ and others’ awareness and safety. Beside safety equipment, BikeTexas CATS presentations address, safe lane positioning when cycling and the dangers of distracted driving, walking, and cycling while using cell phones.

Thanks to Cities of Austin and College Station and the volunteers, contractors, and staff members who helped to make Safety Bling!

MISSION BikeTexas advances bicycle access, safety, and education. We encourage and promote bicycling, increased safety, and improved conditions. We unite and inspire people and provide a cohesive voice for people who ride bikes in … END_OF_DOCUMENT_TOKEN_TO_BE_REPLACED