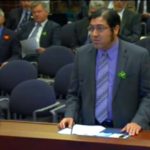 In December, the TTC discussed the Call for Projects under TAP funding (for small/rural MPOs), and pulled the TAP speakers in to hear what they had to say at the same time. BikeTexas Executive Director Robin Stallings responded to TxDOT’s presentation of its call for projects before the speakers were called to the podium. Steven […] 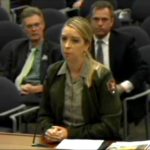 Mark Stine (BikeTexas), James Steenhagen of San Marcos, Tom Wald (former Executive Director of Bike Austin), and Krista Sherwood of the National Park Service spoke to the TTC in November and urged them to keep all TAP funds in TAP instead of transferring that money to a flex fund. See the meeting video here: http://txdot.swagit.com/play/11202014-586. Click […] 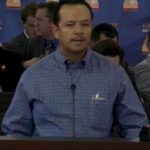 In October, Victor Cordero and Scott White of Velo Paso spoke at the Texas Transportation Commission meeting in El Paso. See the meeting video here: http://txdot.swagit.com/play/10302014-548. Click on “Open Comment Period” at the bottom of the agenda and skip to 24:15 to hear from Scott and Victor. 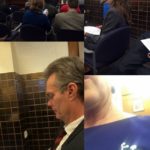 On September 18, the TTC voted to adopt the TAP rules as they were. While we were glad to see that TxDOT listened to people who ride bikes to some extent, by improving the rules for TAP funding so that communities will have an easier time building projects with TAP funds, the TTC declined to take […] 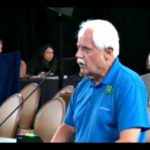 The August 2014 TTC meeting took place after the public comments received in response to our Action Alert, but before the TTC told us their decision. At this meeting, speakers presented the TTC with signed letters from ten mayors from across North Texas–communities that benefit from the Northeast Texas Trail–asking the TTC to keep all […] 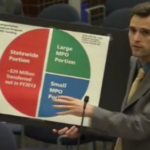 This was the first meeting after we found out TxDOT would be writing new rules for the Transportation Alternatives Program funds. BikeTexas’ Jack Sanford spoke at this meeting. Watch the video here: http://txdot.swagit.com/play/07312014-547. Click on “Open Comment” at the bottom of the agenda; Jack is the first speaker. 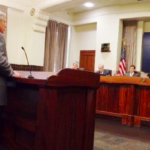 People who ride bikes in Texas have stepped up again and again to communicate with TxDOT and show that Texans who care about biking and walking are strong. And TxDOT keeps letting us down. Back in August, we told you about the public comment period for proposed new rules for the Transportation Alternatives Program (TAP). […]

UPDATE: The TTC’s office is redirecting comments to TxDOT’s standard comment form, which has a 350-character limit. That’s not a lot of space to say what you have to say. Therefore, we will print and hand-deliver your emails to the meeting for you to be sure that the TTC hears from all Texans who ride […] 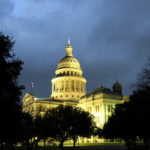 Many of you responded to our call for comments to TxDOT regarding the Transportation Alternatives Program (TAP) funds that are intended for bicycling and walking projects. TxDOT’s proposed rules for TAP would have allowed them to transfer funds away from bike/ped projects and use them for other purposes. BikeTexas members took up the call and […] 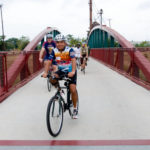 TxDOT has written rules that allow them to transfer targeted biking and walking money to highways and rest stops instead. ACT NOW to save these funds for trails and connected bicycle networks in your community– your voice will make a difference! Please email comments to rulecomments@txdot.gov with subject line “TAP” by 5 PM, August 11. […]

MISSION BikeTexas advances bicycle access, safety, and education. We encourage and promote bicycling, increased safety, and improved conditions. We unite and inspire people and provide a cohesive voice for people who ride bikes in … END_OF_DOCUMENT_TOKEN_TO_BE_REPLACED