You are here: Home / BikeTexas BikeNews / BikeNews; Community / Throwback Thursday: Once Upon a December 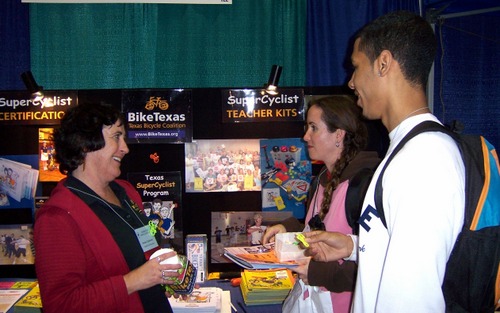 Bicycle advocacy doesn’t take a holiday, as proved by all the things Decembers past have brought to BikeTexas. Make sure your eggnog fits into your bicycle drink cage and roll along with us through this look back! Article title is from the animated movie Anastasia.

Back when we had Safe Routes to School offices all around Texas, we also joined in local Christmas parades, like this one in Amarillo in 2005. And this one, too, while we were at it.

2005 was a great year for bikes in Amarillo, when they educated the public about bike lanes via utility bills.

Before it became Texas Trails and Active Transportation Conference, it was just Texas Trails, and we were there!

People around the country who ride bikes stepped up in 2005 to provide relief after Hurricane Katrina. Here’s the wrap-up on the Katrina BikeAid Project.

Moving on from 2005 (and what a busy December that was!), in 2006 BikeTexas went to the TAHPERD Convention for the first time to promote the SuperCyclist curriculum.

Children’s Charities in Fort Worth donated lots of bikes to area kids in 2006.

In what has now become an annual tradition, Dr. Tere Ramirez’s UT Austin Kinesiology class learned about bike safety in 2008. 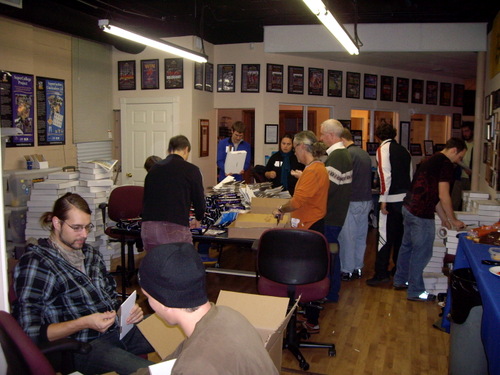 Also in 2010, El Paso City Council gave out a holiday gift in the form of a Safe Passing Law.

One short jump back to 2013 and the Central Trail Workshop in Seguin.

And finally, we finish our December tour on a sad note as we think back to the Houston cycling community’s (and Texas’) loss of Chelsea Norman last December. Yesterday, Margaret Mayer was found guilty of failing to stop and render aid after striking Ms. Norman. Her family and friends are in our thoughts this month.

MISSION BikeTexas advances bicycle access, safety, and education. We encourage and promote bicycling, increased safety, and improved conditions. We unite and inspire people and provide a cohesive voice for people who ride bikes in … END_OF_DOCUMENT_TOKEN_TO_BE_REPLACED