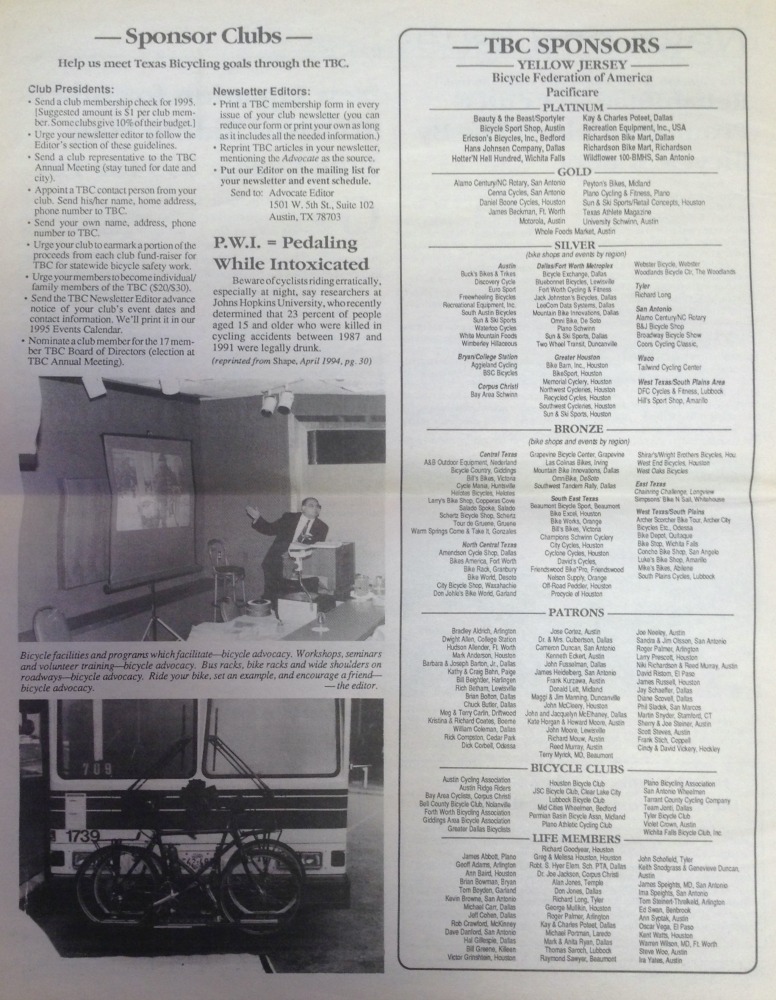 Join us on a look back at January at BikeTexas. Article title is a quote from American novelist Edgar Fawcett. (And also a teeny tiny shoutout to the BikeTexas logo, which has eyes in the bike wheels.)

In 2006, BikeTexas celebrated with the Girl Scouts of Amarillo when they bought property for Scouts’ use that included bicycle facilities.

Also in ’06, we teamed up with four other local groups to encourage Austin City Council to put bonds on the city ballot for bicycle facilities.

TxDOT’s San Antonio district asked people who ride bikes for their input on different kinds of pavement in 2006.

PE teachers in Amarillo took a staff development day to learn more about Safe Routes to School in 2007.

A report came out in 2011, taking on the myth that roads pay for themselves.

The city of Beaumont became the sixth Texas Safe Passing city in 2011.

Doss Elementary kicked off their Boltage program in October 2011, and in January 2012 we checked in to see how it was going.

In 2013, we took the legislative interns on a bike ride before the session began.

Also in 2013, we introduced a popular guide about what all people who ride bikes can do to help bike-friendly legislation move right along. We’ll be updating that for 2015 soon, so stay tuned!

Photo: From 20 years ago– Texas Bicycle Coalition’s bimonthly newsletter, The Advocate, from December ’94/January ’95. Some of our staff were still in high school. (Others… not so much.) Check out the bikes on the bus rack– that was still a rarity in Texas then!

MISSION BikeTexas advances bicycle access, safety, and education. We encourage and promote bicycling, increased safety, and improved conditions. We unite and inspire people and provide a cohesive voice for people who ride bikes in … END_OF_DOCUMENT_TOKEN_TO_BE_REPLACED