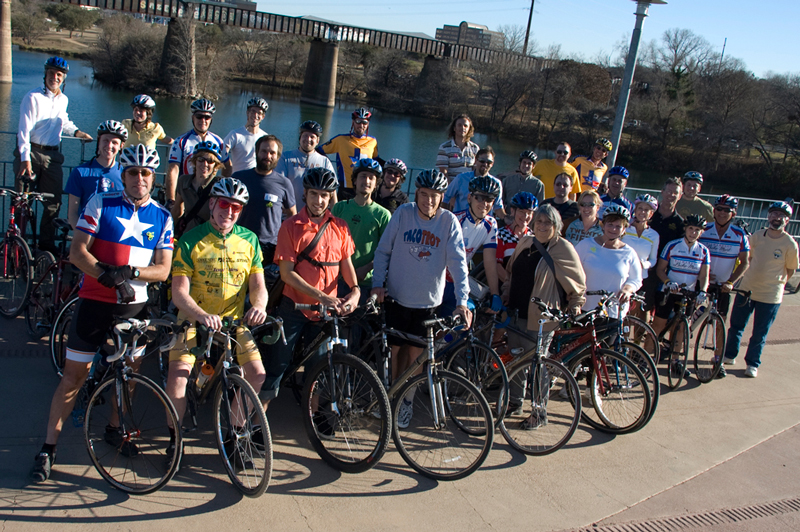 Mr. Peñalosa transformed Bogotá with alternative transit, enhanced public spaces, and sidewalks, bike paths and pedestrian streets, and his presentation included transformative images of urban transportation accomplishments from around the world. Undaunted by the challenges facing Texas legislators, state agencies, and the commuting public, Mr. Peñalosa energized the crowd and challenged citizens and officials alike with his acknowledgment that transportation and urban development require political solutions.

The inspiring photos included in his presentation combated traditional notions of progress and development, and served as the luncheon’s proof in the pudding that political solutions had been achieved elsewhere, and could be achieved here in Texas. The crowd’s visions of simple childhood pleasures from riding bikes with friends transformed into “political solutions” for less highway congestion, healthier citizens and a cleaner environment.

After the presentations, speeches, and photo ops, every “political solution” begs for action, and as always, BikeTexas was Shifting Gears and ready to ride! The procession of about 40 cyclists, led by State Sen. Davis and including Rep. Harper-Brown, made its way through the Capital City on an urban ride highlighting bike and pedestrian facilities such as the Pfluger Pedestrian Bridge and the Lance Armstrong Bikeway. For those short miles, Mr. Peñalosa’s dream was alive and well in Austin, Texas.

MISSION BikeTexas advances bicycle access, safety, and education. We encourage and promote bicycling, increased safety, and improved conditions. We unite and inspire people and provide a cohesive voice for people who ride bikes in … END_OF_DOCUMENT_TOKEN_TO_BE_REPLACED