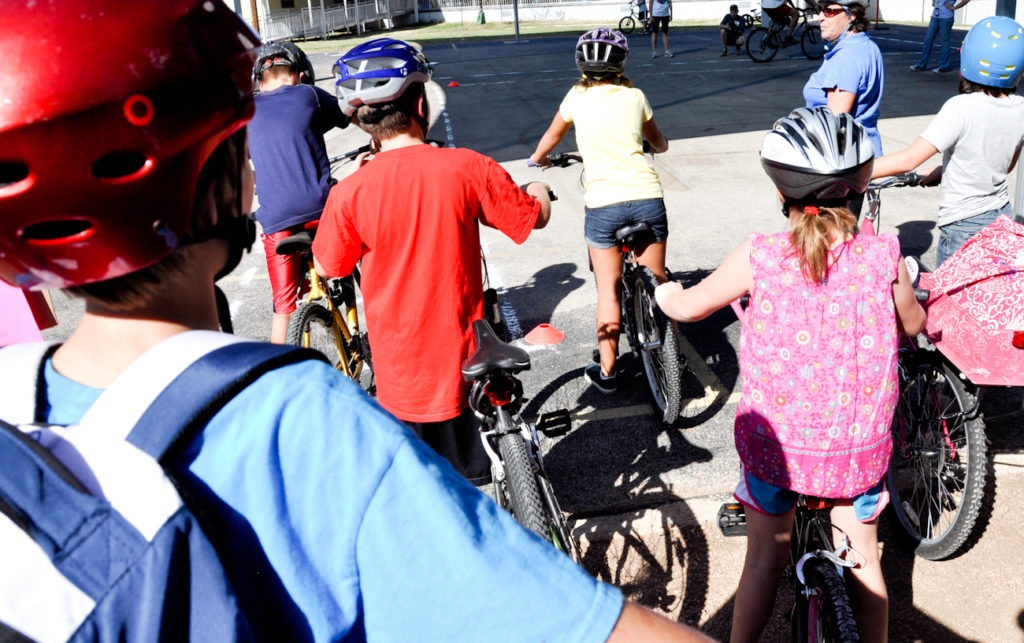 The League of American Bicyclists’ Bicycle Friendly Report Card for Texas marks the Lone Star State as #27 in the nation for bicycle-friendliness, a five-place improvement over a #32 ranking last year.

The May 2012 Report Card gives Texas plenty of room for improvement in safety, infrastructure, and planning for cyclists and pedestrians. However, the report card does have bright spots, including a score of four out of five in the Education and Encouragement and Policies and Programs categories. BikeTexas is happy to report that we’ve been a big part of this improvement.

BikeTexas SafeCyclist program managers have trained 4000 Texas teachers and 3500 future teachers in the SafeCyclist program, so that schools across Texas are equipped to teach fourth- and fifth-grade students how to ride their bikes safely and correctly. Every year, over 200,000 Texas schoolchildren learn bicycle safety through SafeCyclist, a program that’s been in place for over 10 years. This curriculum produces better cyclists, plus these young riders ultimately go on to be better drivers. BikeTexas also promotes cycling education and awareness for adults.

Additionally, BikeTexas’ Kids Kup series, with approximately 15 non-competitive races per year, encourages children to be active and to be comfortable on their bicycles from an early age. The races encourage fun and good sportsmanship, and also include a safety clinic for riders.

Through BikeTexas’ (and many other groups and individuals) advocacy efforts, many cities in Texas now have very good bike plans and policies in place, which include bicycle accommodation (Complete Streets), requiring provisions for cyclists to be included on any new street construction. Eleven Texas cities have Safe Passing ordinances to protect cyclists, pedestrians, and other non-driving road users. More schoolchildren across Texas can walk or ride to school safely, thanks to the BikeTexas Safe Routes to School (SRTS) program and many local SRTS programs across Texas that are also funded by TxDOT.

BikeTexas, city and state governments, parks and public works departments, allied advocacy groups across the state, and Texas cyclists can continue to work together to make Texas more bicycle-friendly and earn us even higher rankings in the future.

MISSION BikeTexas advances bicycle access, safety, and education. We encourage and promote bicycling, increased safety, and improved conditions. We unite and inspire people and provide a cohesive voice for people who ride bikes in … END_OF_DOCUMENT_TOKEN_TO_BE_REPLACED