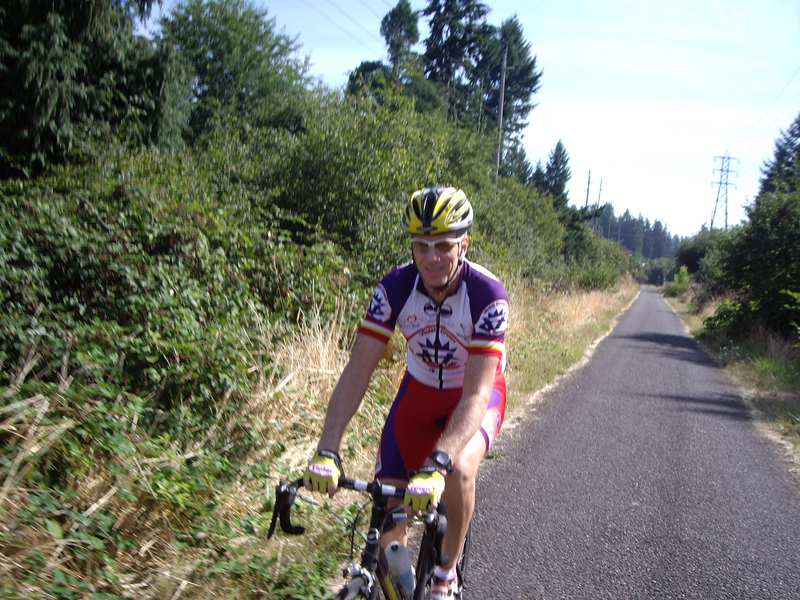 Although Portlanders were moaning about the 90 degree days, the Texas contingent was loving it! The photo shows Doug Ballew taking a first hand look at the excellent multi-use trail facilities that Portland is rightly renowned for. Throughout Portland, cyclists of all ages were everywhere. Whole families were biking together where ever you looked.

The conference, hosted by the Bicycle Transportation Alliance of Oregon, was outstanding. Presenters from all over North America talked about the tremendous progress their states had made in the last two years since the federal transportation bill provided $600 million nationally for Safe Routes to School Infrastructure and Non-infrastructure projects.*

Go to www.saferoutesconference.org to learn more about the conference.

*BikeTexas played a major role to pass SRTS in the last Federal Transportation Reauthorization “SafeTEA-Lu”. Texas received $43 million for SRTS in 2006 from those funds. The first “call for projects” in September 2007 amounted to $24 million dollars. TxDOT has recently issued another call for projects. You can find out more here. Perhaps your city can apply!

MISSION BikeTexas advances bicycle access, safety, and education. We encourage and promote bicycling, increased safety, and improved conditions. We unite and inspire people and provide a cohesive voice for people who ride bikes in … END_OF_DOCUMENT_TOKEN_TO_BE_REPLACED