You are here: Home / BikeTexas BikeNews / BikeNews; Community / What Does That Mean? Dictionary Day for Bike Advocates 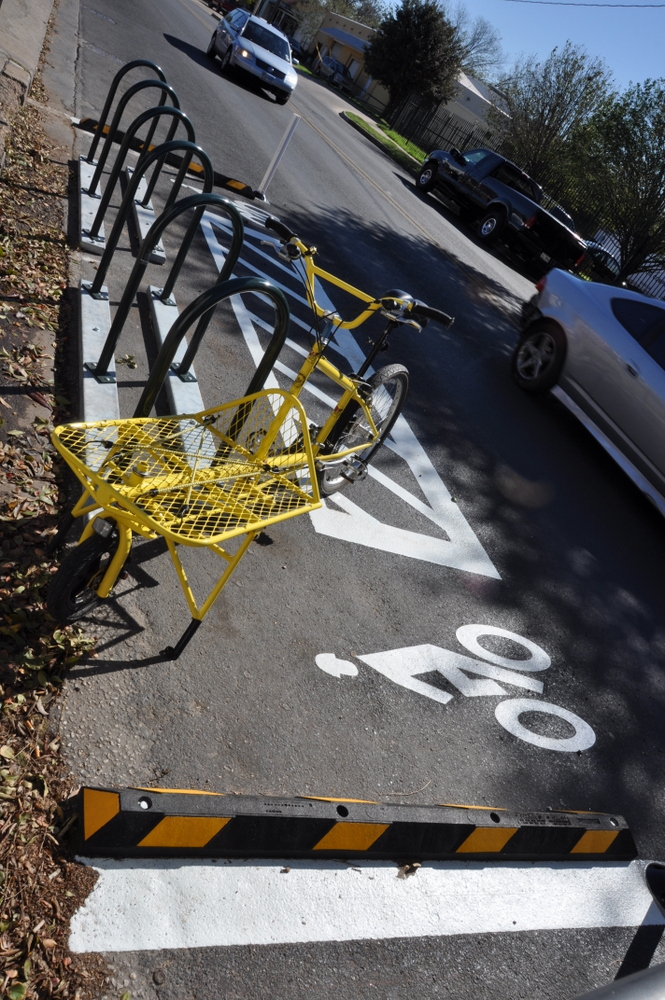 October 16, Noah Webster’s birthday, is World Dictionary Day. What better time to kick back and take a look at some of the words that are bandied about by bicycle advocates and people who ride bikes?

Bike Corral: a set of bike racks protected by curbs or other barricades. Frequently installed over one on-street car parking spot.

Cycletrack: also known as a protected bike lane or a separated bike lane. A bicycle-only lane that has some separation from traffic beyond just a stripe of paint (e.g., bollards, planters, parked cars, a curb, etc.). Can be one-way or two-way.

Modal split: also called mode share, mode split, or modal share. The percentage of travelers using a particular mode of transportation. For example, in the 2010 American Community Survey that we used for the BikeTexas 2012 Benchmark Study, Denton had the highest bicycling modal split in Texas at 1.5%. San Angelo had the highest walking modal split: 6.9%. 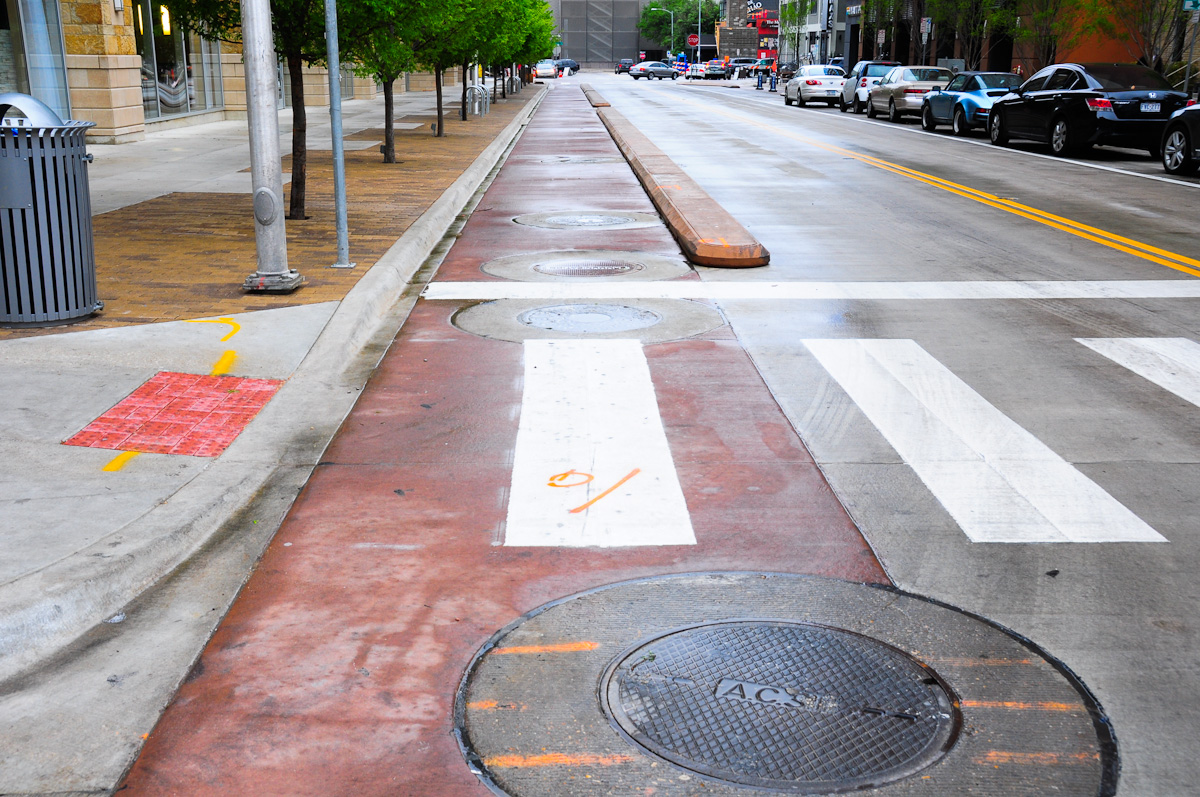 Practicable: Texas state law requires that people on bikes ride as far to the right as “practicable,” and also lists exceptions. The dictionary definition is “able to be done or put into practice successfully.” Therefore, to allow for road conditions, we recommend allowing about a three-foot cushion between your tires and the edge of the road as the most practicable place to be, so that you can dodge debris, potholes, or other adverse road conditions that may arise. 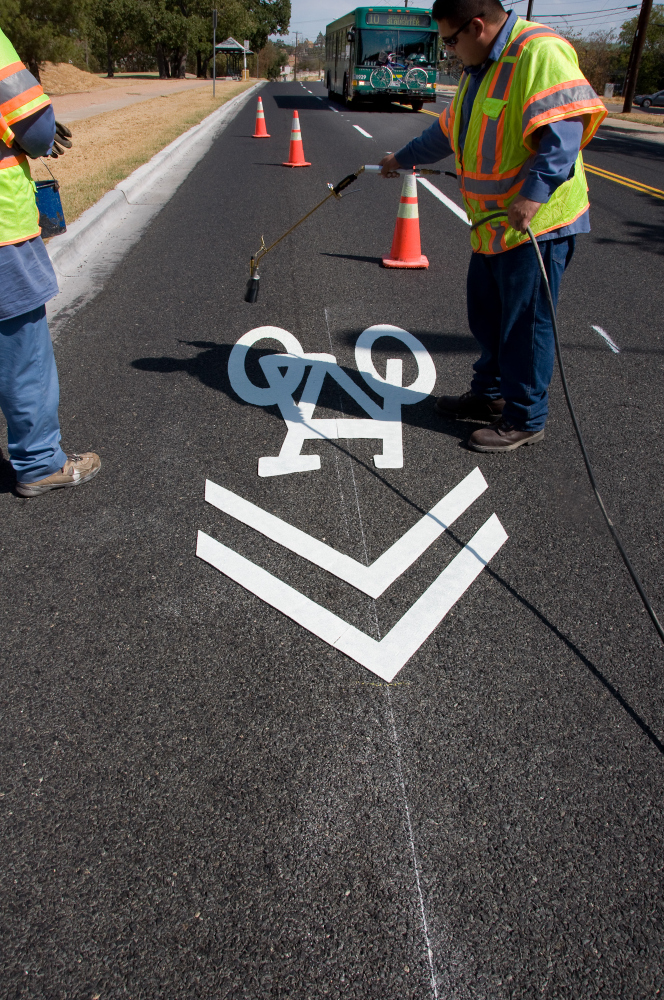 Road diet: Changing the lane configuration on a street to allow for bicycle and pedestrian facilities to be installed. A road diet may shrink the size of the lanes, say from 12 feet wide to 10 feet wide, or it may require removing a travel or parking lane. (Travel lanes removed in a road diet are often replaced by a center turn lane to allow traffic to continue to flow.)

SAG: Generally considered to mean “support and gear,” but there is some disagreement as to the origin of the term. Whatever it means, it’s the support vehicle you’ll see on a bike ride that may have supplies, carry your gear, help you out if you have a flat, or carry you home if it’s just not your day.

Sharrows: A combination of “shared lane” and “arrow.” Usually represented by a bicycle icon with arrows above it. The sharrow’s position in the lane usually indicates where the bicycle should be– roll right over the top of it.

MISSION BikeTexas advances bicycle access, safety, and education. We encourage and promote bicycling, increased safety, and improved conditions. We unite and inspire people and provide a cohesive voice for people who ride bikes in … END_OF_DOCUMENT_TOKEN_TO_BE_REPLACED