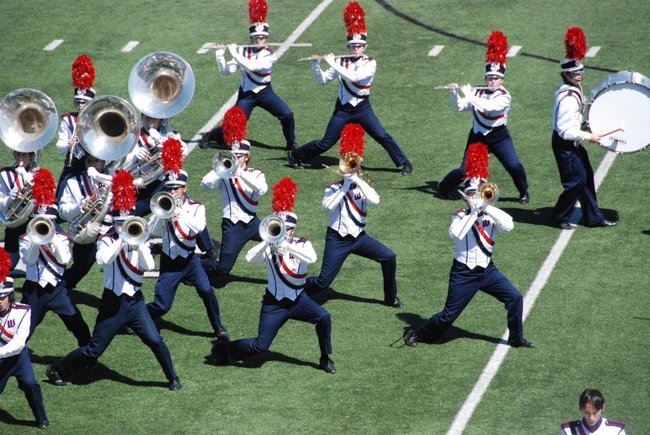 In a situation familiar to schools and parents across the state, Andrea McBeath watched as Wimberley High School’s Spirit of Texas Band budget was cut– twice. “We’re making do,” she says, “but we have a lot less to make do with.”

The band’s usual fundraisers, like poinsettia sales and a concession stand at football games, weren’t quite cutting it for all the band’s needs, like new uniforms to replace the 20-year-old ones the students were wearing. In the meantime, the band students were working hard: some of Wimberley’s band members are state-ranked, including the jazz band that meets early in the morning twice a week to practice.

Andrea was struck by inspiration in May at the Real Ale Ride, as one excited participant after another rolled to the finish. She saw potential for a fun, fitness-oriented, completely different fundraiser: Host a bike ride.

The Wimberley Band Boosters approved the idea, and Andrea and others went to work finding sponsors (27 so far), choosing a course, and securing the necessary permits, first responders, and bike mechanics. Less than six months after the idea was born, The Spirit of Texas Ride, BikeTexas’ newest event member, will roll out for the first time on October 7. Andrea says the plan is to have the ride on the first Sunday of October every year, so it can be a warm-up for larger races happening around the state later in the fall.

One of the things Andrea said she did right was looking farther afield for sponsors and raffle donations. Local businesses are in on the act, but since they receive so many requests already for community events, The Spirit of Texas also has sponsors and raffle donors from surrounding cities. Andrea says, “We’ve been on the ground promoting the ride all summer long.”

All this work is critical to the band’s goals for the year. The Wimberley High School ‘Spirit of Texas’ Band has been invited to participate in the 50th Anniversary of Martin Luther King’s “I Have a Dream” speech celebration in Washington, D.C., perform in front of the Lincoln Memorial, and take part in an Army Band clinic. The Band Boosters hope that with the funds raised from the ride, the band can not only shine at state competition this year, but also take every band student on this unforgettable trip.

MISSION BikeTexas advances bicycle access, safety, and education. We encourage and promote bicycling, increased safety, and improved conditions. We unite and inspire people and provide a cohesive voice for people who ride bikes in … END_OF_DOCUMENT_TOKEN_TO_BE_REPLACED