You are here: Home / BikeTexas BikeNews / BikeNews; Community / Try to Remember a Kind of September 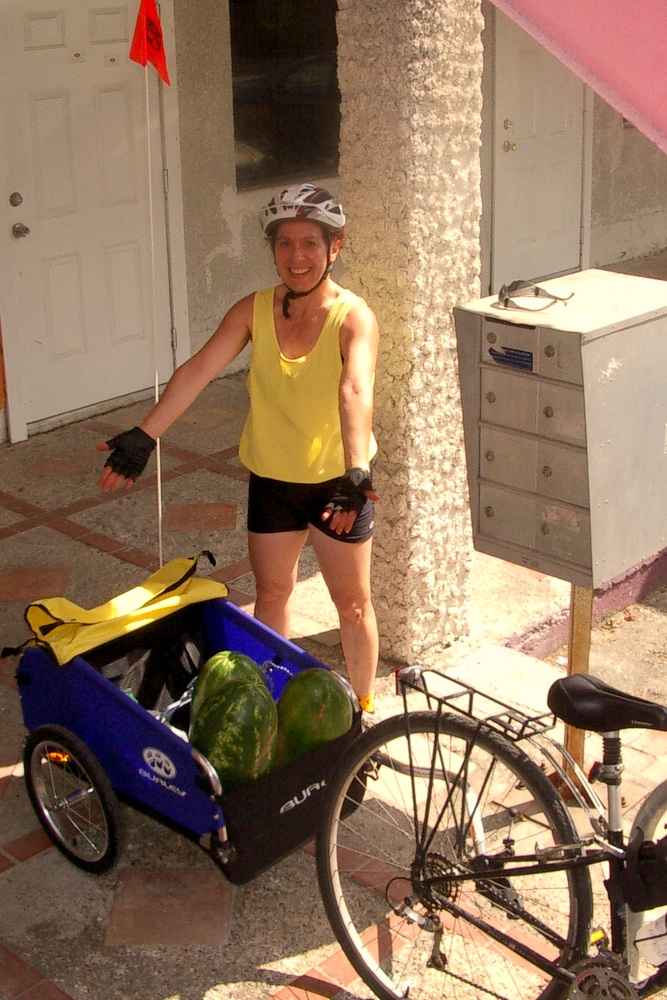 For our first-ever Throwback Thursday post, we dug through our archives to find September activities from years past at BikeTexas. (Title of the post is inspired by the song “Try to Remember” from the musical The Fantasticks.)

September is a great month for education! BikeTexas has attended the SRTS National Conference, trained teachers with the help of LCIs, planned massive training events, and provided training to teachers in the entire Houston ISD.

BikeTexas reflected on the success of our partner and event member Hotter’n Hell Hundred in 2005.

In 2005, BikeTexas (then the Texas Bicycle Coalition) joined forces with nonprofits across the nation to offer relief in the aftermath of Hurricane Katrina.

We moved to our current location in September of 2006, and made some improvements to the building over the next couple of years.

BikeTexas’ Annual Membership Meeting has historically been in August or September (The 2014 meeting is coming up quick– register now!), which means meeting reports through the Septembers. Read about: 2008 | 2009 | 2013

Dallas installed bike racks on all its buses starting in September of 2008.

Our friends at REI invited us to the opening of their Round Rock store in September 2008. 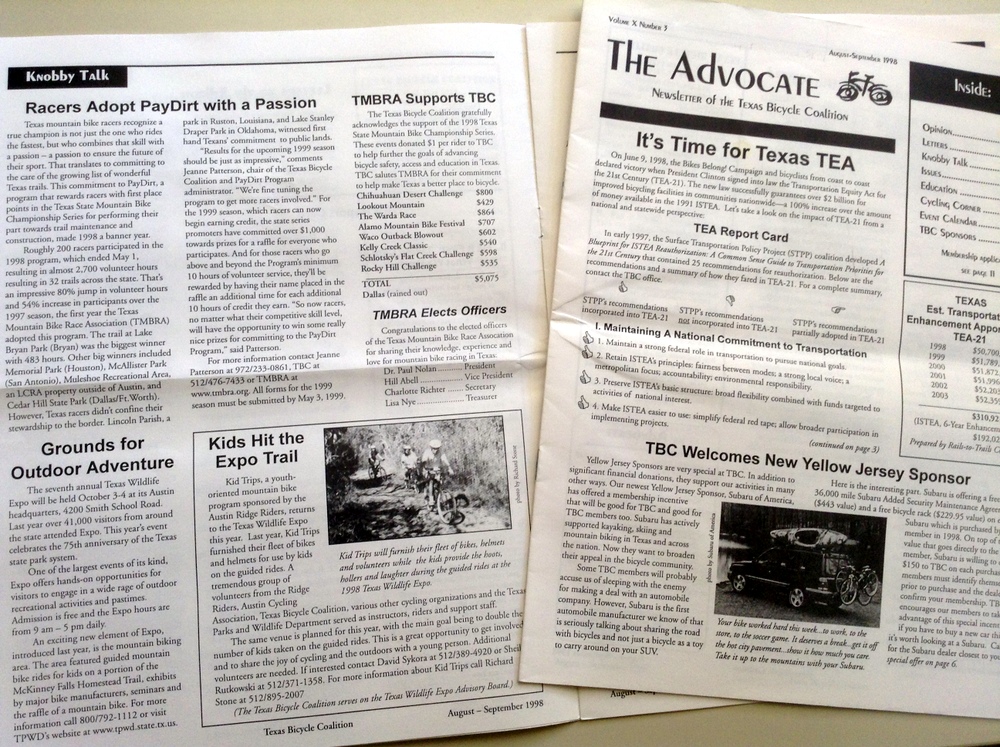 September is also a great month for bike/ped funding! Trails funding in Texas was saved in 2012 and the TTC funded multiple projects around the state in 2013.

El Paso worked hard to get a bike share program off the ground in 2013.

And finally, the BikeTexas partnership with Brownsville is one year old.

MISSION BikeTexas advances bicycle access, safety, and education. We encourage and promote bicycling, increased safety, and improved conditions. We unite and inspire people and provide a cohesive voice for people who ride bikes in … END_OF_DOCUMENT_TOKEN_TO_BE_REPLACED