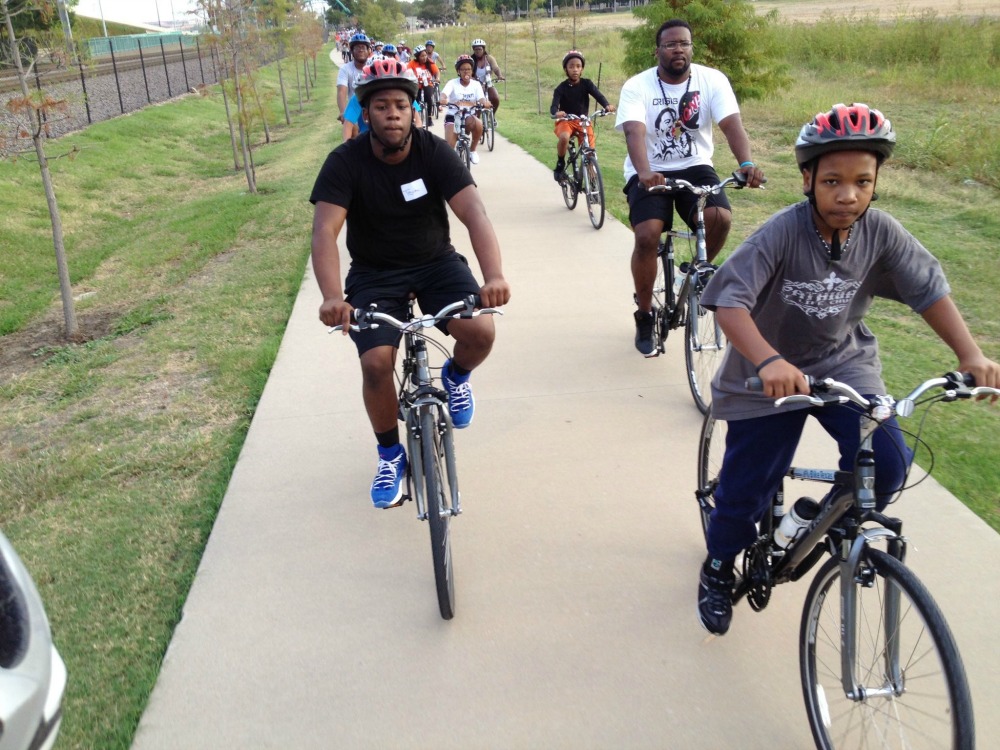 Congratulations are in order to Richardson for reaching the ranks of Bicycle Friendly Communities in the new list announced today by the League of American Bicyclists! Kudos to Bike Friendly Richardson and other advocates who have worked tirelessly to make their city a great place to ride a bike.

Richardson joins Austin (Silver), Houston (Bronze), San Antonio (Bronze), and The Woodlands (Bronze) on the list of Texas’ Bicycle Friendly Communities; altogether, nearly 4.5 million Texans live in a designated Bicycle Friendly Community. But that’s not all– El Paso, Frisco, Plano, and Hollywood Park are on this year’s Honorable Mention list, and Fort Worth is a past Honorable Mention city (cities only remain on the Honorable Mention list for one year before cycling off). Cities around Texas are seeing the value in bicycling for economic growth, encouraging active and healthy citizens, reducing traffic congestion, and adding to the region’s quality of life.

Congratulations again, Richardson, for all your hard work!

MISSION BikeTexas advances bicycle access, safety, and education. We encourage and promote bicycling, increased safety, and improved conditions. We unite and inspire people and provide a cohesive voice for people who ride bikes in … END_OF_DOCUMENT_TOKEN_TO_BE_REPLACED