You are here: Home / BikeTexas BikeNews / BikeNews; Community / Night Riding: How to Cycle Safely After Hours 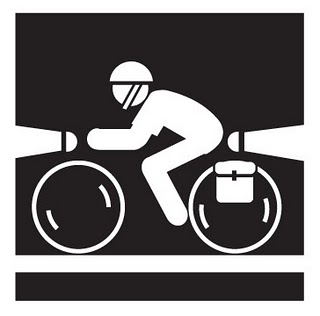 As more and more people take to the streets on bicycle each day, one topic that tends to be debatable amongst cyclists of all levels is the issue of riding at night. Whether your job requires you to stay late or you only have time to exercise at night, there may be times when night riding is unavoidable. Some say that riding at night is too dangerous and refuse to do it. Others swear by the thrill of riding after dark and enjoy cycling in the moonlight.

Both sides of the argument can be valid depending on the situation. Riding at night can be very dangerous if certain precautions aren’t taken. On the flipside, riding at night can be just as safe as riding during the day if the right kinds of measures are taken before and during riding. What are the hazards of riding at night and how can cyclists avoid these dangers? What is the proper etiquette for cycling at night? What is the necessary gear that cyclists should be equipped with if they want to be able to comfortably ride after dark?

There are risk factors associated with cycling at night. The most obvious of these factors is visibility. Studies have shown that traffic related death rates are as much as three times higher at night than during the day. At night, drivers are unable to see the same colors and contrasts that they can see during the day. Also, peripheral vision and depth perception are greatly affected by the dark. Most urban areas offer some relief by providing street lighting, but often times that lighting is not sufficient and at times can cause an even greater limit in visibility. And nowhere is riding at night more dangerous than in rural areas where visibility is arguably the worst. Other dangers include things like increased traffic volumes (specifically during late PM or early AM rush hour), slowed reaction times, etc. Although on paper these dangers seem daunting, they can very easily be avoided with simple precautions, the right gear, and street sense.

The best way for a cyclist to avoid danger when riding at night is to be as visible as possible. Most bicycles have reflectors built onto the frame. Reflectors act as a good first line of defense but are not enough to truly stand out in very dark places. Wearing bright colors is the easiest way to make yourself visible to drivers and pedestrians. Most cycling jackets or jerseys are typically brightly colored for maximum visibility. Therefore, wear clothing that is as bright as possible.

Another effective way to stand out at night is by using lights. Lights are absolutely essential when riding at night; the brighter the lights the better. Many cities require by law that cyclists have a red light on the rear of their bicycle and a white headlight on the front of their bicycle. It is also a good idea to use lights that have flashing mechanisms to be even more visible in the dark. Having the right gear is only part of the solution however, the rest is all about awareness.

Cyclists follow a certain “etiquette of the road” when riding. This etiquette should be followed during the day and especially at night. Cyclists should follow all traffic laws and adhere to stop lights, stop signs, etc. Keeping in mind that night riding is all about visibility, it is important to stay in parts of the road that make you most visible to cars. Don’t weave in and out of lanes; stay on a straight course towards the center of the lane so that you are directly in the line-of-sight of cars. If higher traffic volumes occur, allow cars to pass on the left. Along the same lines, don’t weave around parked cars. When weaving around cars, drivers are often unable to see cyclists until the last second presenting a great danger to both the driver and the cyclist. By staying more toward the center of the lane, cars can see you from a greater distance and be prepared when they approach and pass you.

Cyclists also need to be aware of unforeseen dangers. It is not uncommon for a cyclist to encounter animals or people dressed in dark clothing that happen to be crossing a street. Cyclists need to be aware of these dangers and be ready to react at all times. It is also important for a cyclist to know their route when riding at night (when possible). If a cyclist knows that they have to ride through a dark or dangerous area, they might consider choosing an alternate route that is better lit or lower traffic.

When it comes down to it, any sort of cycling is all about being prepared. As a cyclist, there are times when you have to be prepared for flat tires, inclement weather, and high traffic volumes. You have to be prepared for potholes, inattentive drivers, and narrow streets. Being prepared is a lesson that holds true for both cycling during the day and at night. If you make certain to obtain the right gear, make yourself as visible as possible, and be aware of all your surroundings, cycling at night will be just as fun and just as safe as cycling during the day.

MISSION BikeTexas advances bicycle access, safety, and education. We encourage and promote bicycling, increased safety, and improved conditions. We unite and inspire people and provide a cohesive voice for people who ride bikes in … END_OF_DOCUMENT_TOKEN_TO_BE_REPLACED