You are here: Home / BikeTexas BikeNews / BikeNews; Community / News By Bike: Links for You to Read (Jan 30) 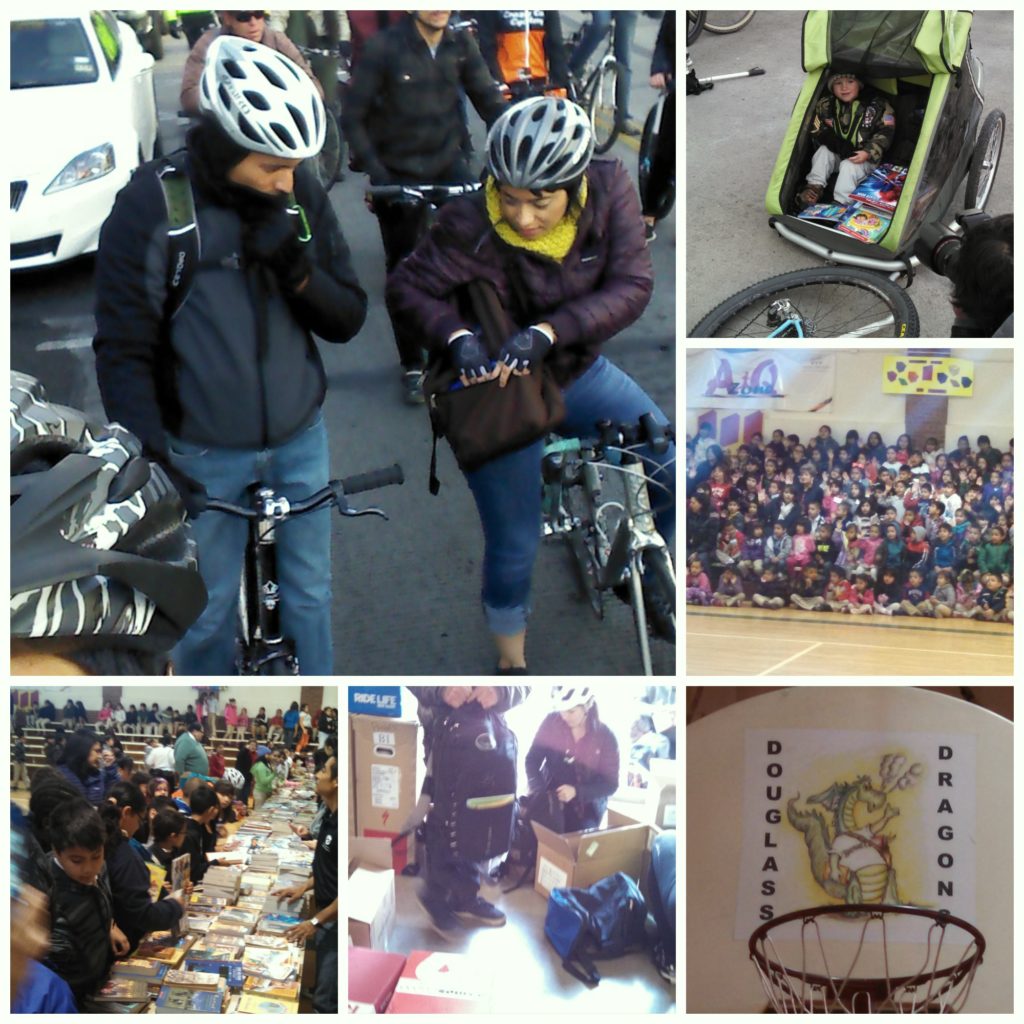 Register now for Cyclists in Suits on March 30! Visit your legislators’ offices, meet people who ride bikes from across the state, and make a difference for all Texans!

Folks in El Paso delivered books by bike to Douglass Elementary School with the Ride for Reading program.

Brownsville has installed its first bike repair station on the Belden Trail.

Corpus Christi has decided it’s time to update its bike/ped plan, ten years after it was first written.

Get your BMX bike ready: Frisco is building a pump track.

San Antonio police are offering a reward in a hit-and-run death of a man on a bike.

In happier news in San Antonio, check out this review of the Mission Reach trail.

One more from San Antonio for good measure: VIA has debuted new bike lids at stations.

Denton is taking on pedestrian safety.

Dallas has approved people-counters for its trail system.

The Houston Chronicle takes on the problem of METRO’s bus stops.

And while we’re in Houston, check out this PBS NewsHour segment about their Bicycle Master Plan.

One of the new additions to the Streetsblog family– Streetsblog Texas– is up and running!

Fort Collins, CO, has added bike racks to their ambulances, because “On average, two to four bikes are transported in ambulances every day.” While this is a nice move, that statement had us wondering what’s going on in Fort Collins. Fortunately, clarification is available– most of those bikes being moved aren’t from injured cyclists.

Our friends at Bicycle Indiana are working on a Safe Passing Law in the Indiana General Assembly.

London is planning the world’s longest cycletrack. They’ve also come round to the idea of bicycles as mass transit. Bicycle trip to Britain, anyone?

Oklahoma City decided against a bizarre ordinance that would have required people on bikes to stay three feet from cars.

Janet Lafleur has a bright idea– Bike to Shop Day. See her and many others at the National Bike Summit, March 10-12.

MISSION BikeTexas advances bicycle access, safety, and education. We encourage and promote bicycling, increased safety, and improved conditions. We unite and inspire people and provide a cohesive voice for people who ride bikes in … END_OF_DOCUMENT_TOKEN_TO_BE_REPLACED