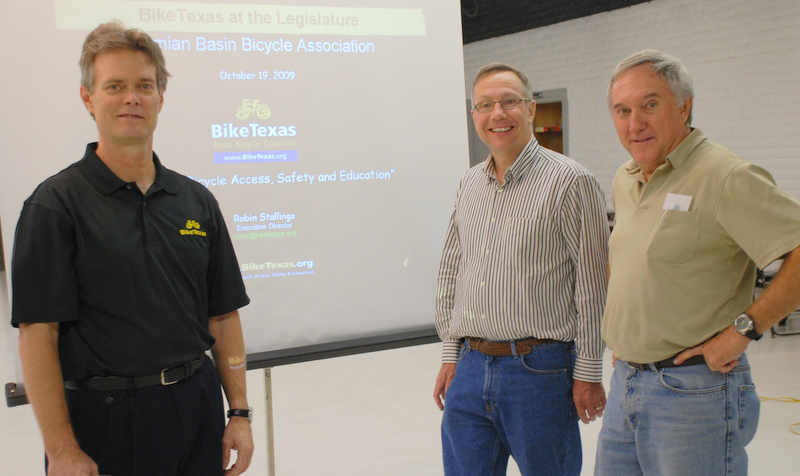 Midland and Odessa cyclists showed a keen interest in the twists and turns of the 2009 legislative session as presented by BikeTexas Executive Director Robin Stallings at their October meeting, held on the third Monday of every month.

There was great enthusiasm when Stallings suggested Midland and Odessa City Councils introduce local Safe Passing Ordinances. Virtually every attendee that had not done so online signed the Safe Passing petition that circulated.

MISSION BikeTexas advances bicycle access, safety, and education. We encourage and promote bicycling, increased safety, and improved conditions. We unite and inspire people and provide a cohesive voice for people who ride bikes in … END_OF_DOCUMENT_TOKEN_TO_BE_REPLACED