You are here: Home / BikeTexas BikeNews / BikeNews; Advocacy / Next Steps for El Paso Bike Share are Up to You 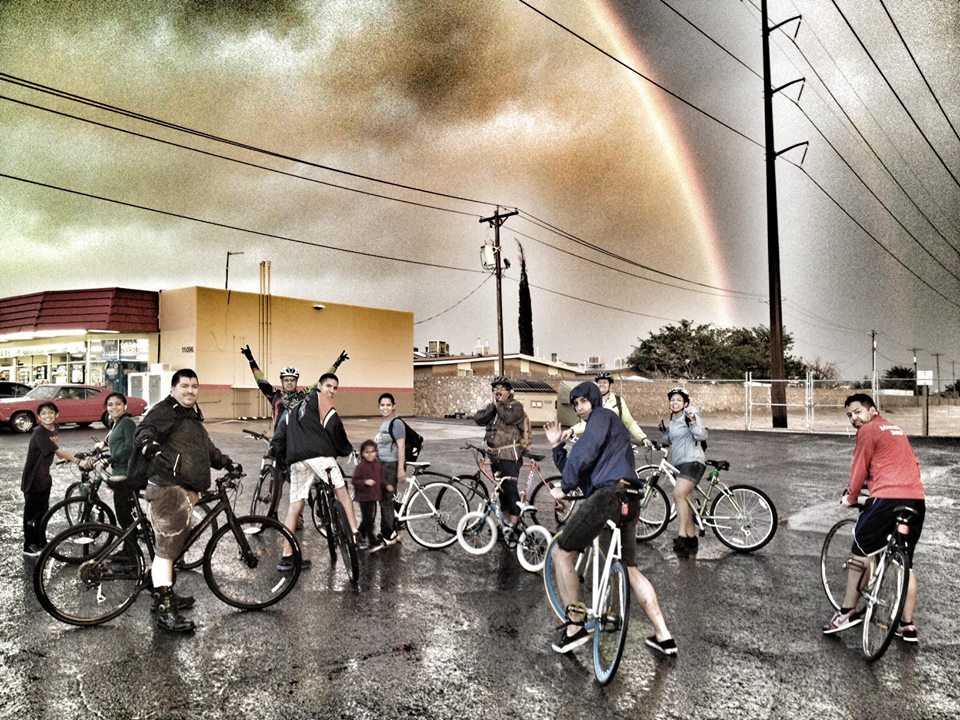 Just a few days ago it appeared the city of El Paso was well on its way to launching a city-wide bike share program. Now, some are asking if the program is dead.

Earlier this week I was all set to attend the Camino Real Regional Mobility Authority (CRRMA) monthly meeting, where the board was expected to give authorization to contract out the program to get things rolling. I was excited and had even scheduled a meeting with the CRRMA’s Executive Director, Raymond Telles, to learn a little more about the plan. That’s when he let me in on a little secret: things had hit a snag.

Bike Share isn’t a new idea for El Paso; various plans have been talked about for some time, but a few months ago things really began to fall into place. The CRRMA began to bring together potential partners, including the City of El Paso, The University of Texas at El Paso (UTEP), and the El Paso Metropolitan Planning Organization (EPMPO). El Paso and UTEP signed on and pitched in funds, the CRRMA and EPMPO found even more funds, and it looked like all that was needed was to cross the T’s and dot the I’s.

That is until TxDOT balked at the plan. TxDOT wasn’t going to provide any funds directly, but manages certain federal funds that come to the state, in this case Congestion Mitigation and Air Quality (CMAQ) funds that come from the Federal Highway Administration (FHWA). These funds are meant to help communities reduce traffic congestion and improve air quality, and El Paso can certainly use help doing both. In fact, according the FHWA requirements, El Paso did qualify for those funds. Even so, TxDOT feels otherwise.

On Wednesday, August 13, at the Board meeting where the CRRMA had originally planned to move forward with securing a contractor for the Bike Share program, Raymond Telles instead had to share the disappointing news that he had been told that TxDOT didn’t think the Bike Share program was the best use of the CMAQ funds, and that other (and as yet still unidentified) funds would better serve to support the program. Everyone was taken aback. A board member even asked if this meant that Bike Share was dead.

Mr. Telles described the program as it had been just a few days before, including funding from:

Telles also revealed that Fort Bliss, the Army’s second largest military installation and a major part of the greater El Paso community, had seen the value of adding Bike Share and not only wanted to join in, but was also willing to pay for all the stations and bikes to serve the base. But with the lion’s share of the funding being withheld, who’s to say whether Fort Bliss will sign on now or not.

This could have been huge, but without the CMAQ funding, this $2 million project was now down to just $400,000.

Of course TxDOT didn’t exactly shut the door on other potential funding. TxDOT spokesperson Veronica Beyer put out a statement this week that reads, “No final decision has been made yet. We continue to look at the most efficient ways to address air quality with limited funding. TxDOT plans to coordinate conversations with transportation partners to garner more information on how we can dedicate those limited funds to important congestion-mitigation projects around the state.”

So that seems like great news for folks somewhere else in the state, as they may be getting the CMAQ funding our local leadership had lined up. But what do we get for our Bike Share program? So far, no answer from TxDOT to that question.

So here we are, one day thinking El Paso could be looking forward to getting Bike Share, just like Houston, San Antonio, Austin and Fort Worth. Instead we are left wondering what’s next, and if Bike Share really is dead or not.

Telles is already working on a plan for a smaller version of Bike Share, perhaps with a series of stations across Fort Bliss, and some at UTEP, or maybe to use some of the funds to hire a contractor to move forward with the current plans while identifying other potential sources of funding. The problem for Telles is that the $274,000 from TECQ has to be spent sooner rather than later [ed– these TECQ funds must be used by the end of the calendar year]. At this point he hopes to bring all the stakeholders together, including members of Velo Paso Bicycle-Pedestrian Coalition to consider the options, but there don’t seem to be many of those right now.

That’s where we come in. Velo Paso has already started asking people to encourage TxDOT to release the funds. We understand that Bike Share programs in other communities have used CMAQ funds to get rolling, which is why the planners thought it made perfect sense to use that same funding here. And let’s get honest, when you consider other projects, those dollar totals are in the ten and hundreds of millions. $1.6 million isn’t that much by comparison, except that it has the potential to do so much good here in El Paso.

Numerous studies tout the health values of bicycling, and how it can help fight obesity and diabetes. They also show that for every bike trip there is one less car on the road, cutting both congestion and air pollution. Bicycling frees up parking spaces. It even has proven to be an economic boon as cyclists are more apt to stop along their route to stop and shop, whereas drivers tend to keep going.\

So what’s the real reason TxDOT doesn’t want El Paso to use the funds local planners found? Who can say for sure. But you can certainly have a say in the future of cycling for El Paso, as Velo Paso Bicycle-Pedestrian Coalition will be holding a community meeting to talk about bicycling and pedestrian issues, and how we can make a difference. Please come out and join us.

Scott White is an almost life-long resident of El Paso and is a founding Board Member of Velo Paso Bicycle-Pedestrian Coalition. When he’s not at work, he can often be found riding his bike or working to make El Paso a better city for folks to call home.

MISSION BikeTexas advances bicycle access, safety, and education. We encourage and promote bicycling, increased safety, and improved conditions. We unite and inspire people and provide a cohesive voice for people who ride bikes in … END_OF_DOCUMENT_TOKEN_TO_BE_REPLACED