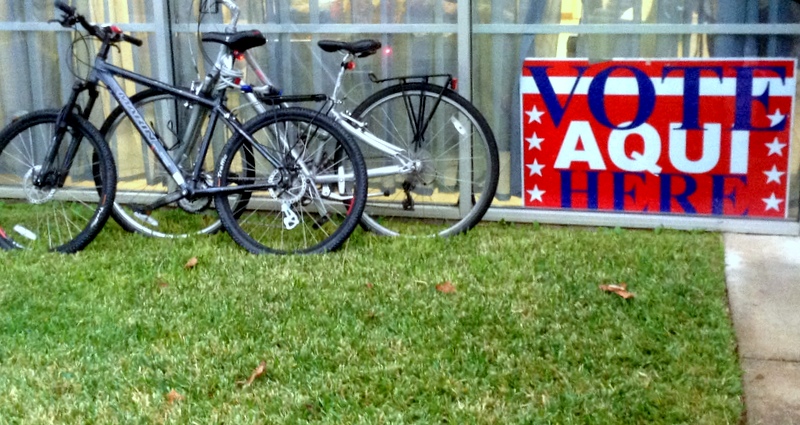 Mark your calendars! The Texas Primary Election is March 6, but early voting starts today and runs through March 2.

If you aren’t registered, you can’t vote in the primary, but now’s a good time to get your registraiton in so you’re able to vote in November. Check out the Texas Secretary of State site to learn more.

In the District 21 (Austin) Congressional primary, BikeTexas endorses Elliott McFadden. Mr. McFadden has been involved in making Austin a great place to ride a bike for many years, including as the executive director of the highly successful and wildly popular Austin B-Cycle. Mr. McFadden will stand up for people who ride bikes and our access to funding and infrastructure, in Austin, in Texas, and around the nation.

Make your voice heard and exercise your right to vote!

MISSION BikeTexas advances bicycle access, safety, and education. We encourage and promote bicycling, increased safety, and improved conditions. We unite and inspire people and provide a cohesive voice for people who ride bikes in … END_OF_DOCUMENT_TOKEN_TO_BE_REPLACED