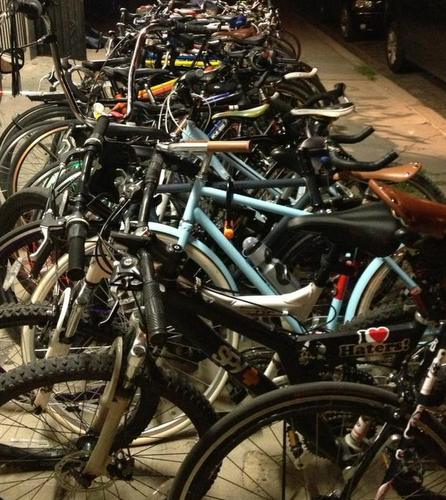 On Friday, July 12, the El Paso MPO Transportation Policy Board approved $2.3 million in citywide bicycle infrastructure and programs over the next three years. Several bike advocates voiced their support for bike funding during the meeting, while countless others called and emailed their representatives ahead of time.

“Infrastructure and bike programs will not only help the [City of El Paso’s] new bike share program,” said Ben Foster, board member of Velo Paso, a bicycle-pedestrian coalition, “but it will also inspire people to dust off their bikes sitting in their garage and ride to work, school, parks and maybe even to an Aardvarks [minor league baseball] game.” Plans for the $60.8 million Triple-A ballpark include 80 bike racks, a requirement for LEED certification.

After doubts were raised earlier in the week about the bicycle infrastructure fund’s security, BikeTexas sent an Action Alert to bicycle advocates in El Paso, asking them to speak up. “The advocacy presence may have saved this pot of money from being diverted to other projects,” said a city official.

Rep. Marisa Marquez (D-77), a novice cyclist whose district includes Downtown, UTEP and neighborhoods around Fort Bliss, asked whether there were beginner bike classes she could attend and share with her constituents. Bicycle funds approved today could go towards education initiatives and bike classes for adults and children. These funds, considered by city officials as “seed money” for the city’s new bicycle program, could also be applied toward the city’s first bicycle master plan.

The $2.3 million dollars in funding represents a 1.5% of total TIP monies authorized for the next three years. MPOs in Dallas and Bexar County allocate almost quadruple that amount. Bicycle advocates in El Paso hope this first round of funding will open the door to even more dedicated funds next time.

MISSION BikeTexas advances bicycle access, safety, and education. We encourage and promote bicycling, increased safety, and improved conditions. We unite and inspire people and provide a cohesive voice for people who ride bikes in … END_OF_DOCUMENT_TOKEN_TO_BE_REPLACED