After pausing for a group photo from across Kinder Lake at Discovery Green in downtown Houston, approximately 100 riders from the NAACP National Convention set out for a seven-mile early-morning bike ride on July 7. BikeTexas hosted the ride, which brought together leaders from around the country who want to make their communities healthier through increased physical activity.

The ride highlighted some of Houston’s great bicycle infrastructure along the Columbia Tap Rail-Trail. Riders also got a taste of the rich African-American heritage of Houston’s Third Ward, with stops including Emancipation Park, soon to be a must-see destination with a new infusion of grant funding.

Heading southeast out of town past Emancipation Park, the riders paused at the Project Row Houses and Workshop Houston’s Third Ward Bike Shop before taking a midpoint rest stop at the student center at Texas Southern University (TSU). The return trip to downtown was via the Columbia Tap Rail Trail, which runs through the TSU campus to downtown. 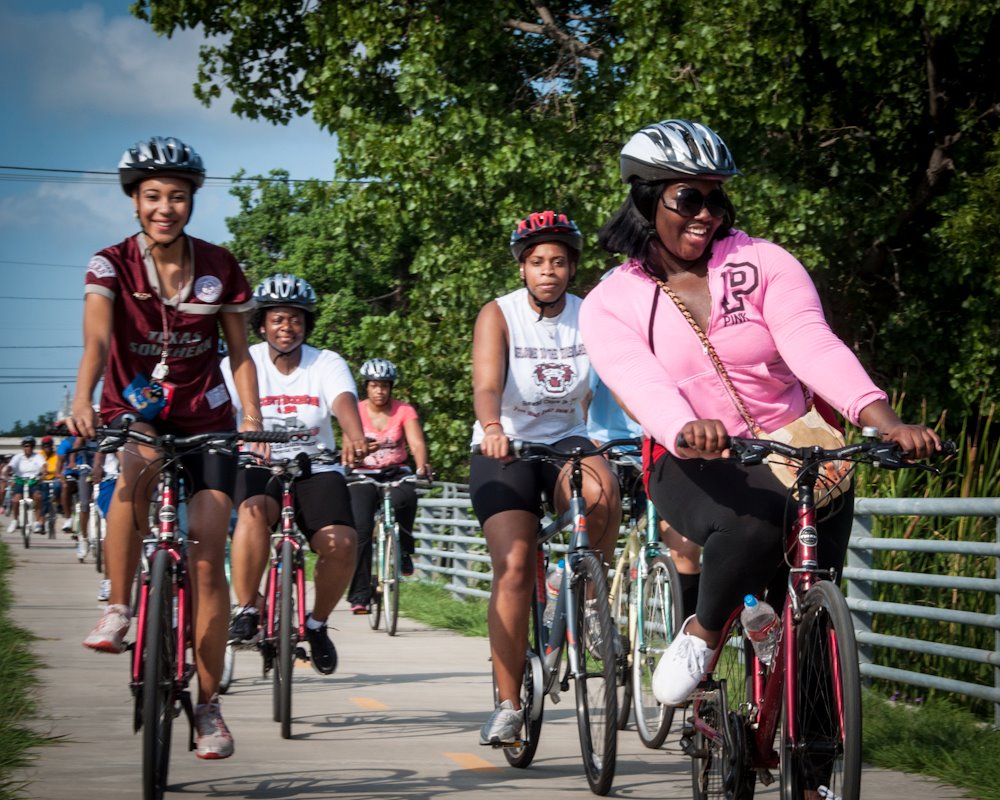 BikeTexas continues its commitment to provide easy-paced VIP bike rides to public officials and community leaders to build the relationships that will advance biking and walking in Texas and across the nation. In August, BikeTexas will work with Senator Ellis, Texas State Representative Linda Harper-Brown, and the Active Transportation Alliance to conduct the Ninth Annual National Conference of State Legislators Bi-Partisan Bike Ride along Lake Michigan in downtown Chicago.

MISSION BikeTexas advances bicycle access, safety, and education. We encourage and promote bicycling, increased safety, and improved conditions. We unite and inspire people and provide a cohesive voice for people who ride bikes in … END_OF_DOCUMENT_TOKEN_TO_BE_REPLACED