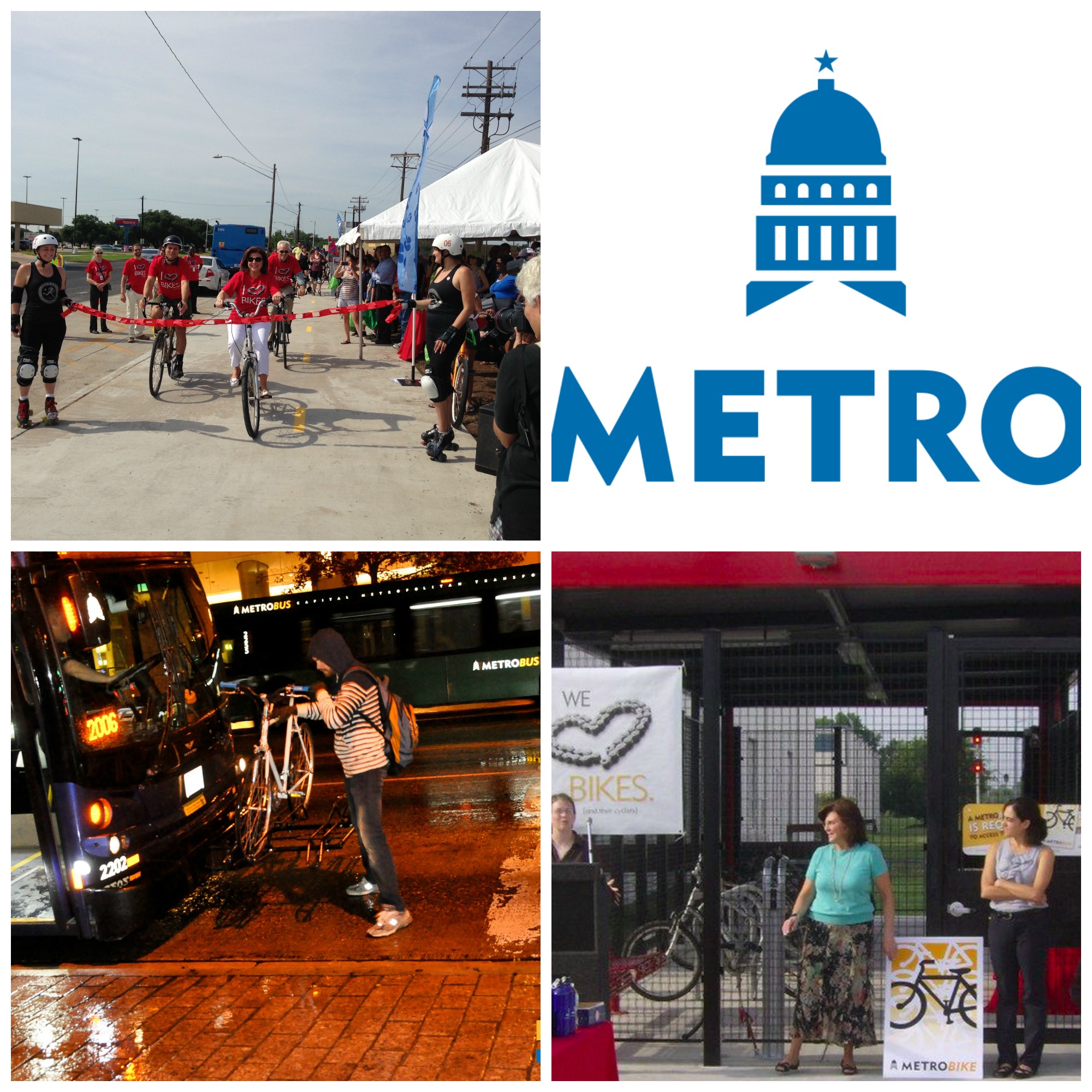 Capital Metro is a leader in fighting traffic congestion in Austin, especially recommending that visitors and residents alike take the bus during festivals and other major events that pass through Austin year-round.

We’re delighted to have Capital Metro on board as Austin BikeFest’s presenting sponsor. Consider Capital Metro for your BikeFest transportation needs– the 350 and the 17 pass right by Govalle Park, while the 300 and the 4 also pass close by. Plan your Capital Metro trip to BikeFest here.

Not sure how to use the bike rack on the bus? Now’s your chance to learn! Captial Metro will have a bus handy at BikeFest so you can try it out and get comfortable using it.

MISSION BikeTexas advances bicycle access, safety, and education. We encourage and promote bicycling, increased safety, and improved conditions. We unite and inspire people and provide a cohesive voice for people who ride bikes in … END_OF_DOCUMENT_TOKEN_TO_BE_REPLACED