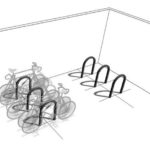 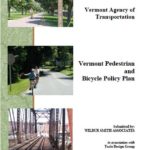 A bicycle accommodation policy is similar to the complete streets policy, but usually with less requirements. The policy is meant to encourage bicycle accessibility in new designs. http://www.aot.state.vt.us/planning/Documents/Planning/VTBPPP2-10-08Final.pdf 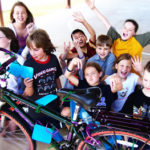 The SafeCyclist Curriculum is a comprehensive bicycle and pedestrian safety education curriculum designed for fourth and fifth grade elementary students. The SafeCyclist Certification Training provides teachers and youth community workers with bicycle and pedestrian safety skills and the curriculum needed to teach these life saving skills to their students. 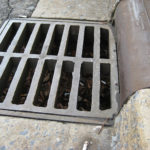 Storm grates that run Parallel to the street can be a major hazard for cyclists. If the spacing is wide enough, a front tire can easily get stuck in the grate causing a crash or damaged rim. Flickr: Bfinnegan 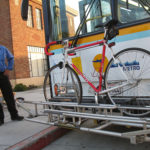 Bus Bicycle Racks allow users to travel long distances with their bike and not break a sweat. Common bus bicycle racks only have two spaces for bicycles. Flickr: Richard Masoner 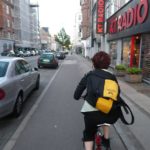 A separate bike lane is used to protect cyclists from vehicular traffic. The lane is at the same level at the street but is usually separated by a concrete curb, planters, bollards, pylons, etc. Sometimes these are referred to as cycletracks or protected bikeways. 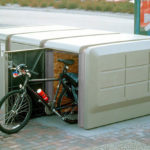 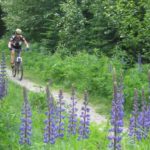 Singletrack paths are one bike width wide. These tracks are typically found in natural settings and are used by mountain and other off-road bikes. Singletrack paths are ideal for mountain bikers because the paths are not wide enough for four wheelers which could potentially present a dangerous conflict to cyclists.

MISSION BikeTexas advances bicycle access, safety, and education. We encourage and promote bicycling, increased safety, and improved conditions. We unite and inspire people and provide a cohesive voice for people who ride bikes in … END_OF_DOCUMENT_TOKEN_TO_BE_REPLACED