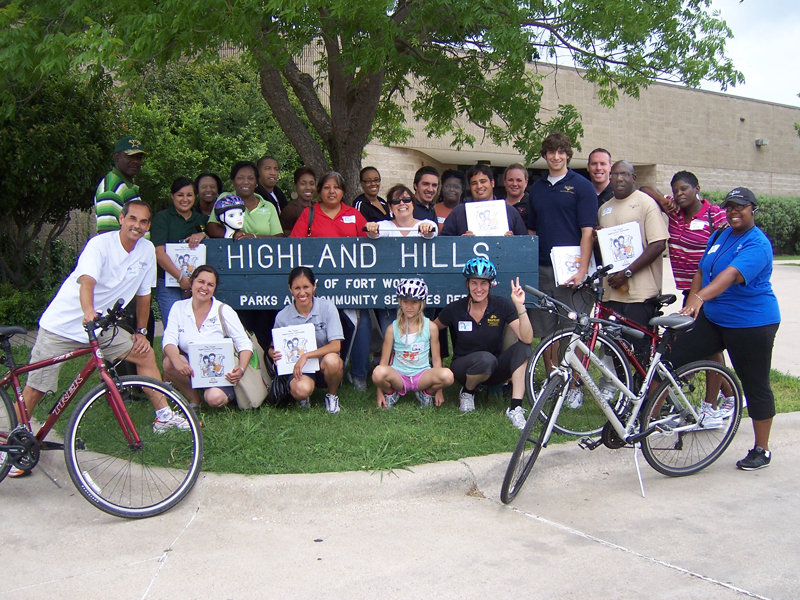 June was a busy month, with six SuperCyclist trainings within the first 2 weeks! The first training in Fort Worth was sponsored by the Fort Worth Parks and Recreation Department. Leaders from the different rec centers around Fort Worth participated. The training was held at the Highland Hills Community center – a great venue because it had large, air conditioned rooms to accommodate both the classroom and active portions of the training. The indoor gym also came in handy when it started raining during the training! The 21 leaders that were trained are in a good position to teach the lessons because they see the same children all day.

The Austin and McAllen trainings were attended by teachers and police safety and bicycle patrol officers. The police wanted to receive the SuperCyclist Certification. They also wanted new ideas for putting on bicycle safety events. The police officers always add a spark to the training because of their great attitude and energy.

Waxahachie, Humble and Huntsville, later in June, were summer staff development for teachers.

The staff at BikeTexas was looking forward to using the new and improved version of the Power Point. Added to the training was a video showing “Wrong Way Riding” which is a frequent subject for discussion from trainees. Many of the trainees did not understand the importance of riding in the same direction as traffic. In addition, a “Lights at Night” video was added that shows how important lights are for bicycle safety. We also added a fun new activity – the trainees practice the ABCD Quick Check on several bicycles that have been altered to see if they can catch the problems. More emphasis is put on this important procedure of checking one’s bike before every ride.

MISSION BikeTexas advances bicycle access, safety, and education. We encourage and promote bicycling, increased safety, and improved conditions. We unite and inspire people and provide a cohesive voice for people who ride bikes in … END_OF_DOCUMENT_TOKEN_TO_BE_REPLACED