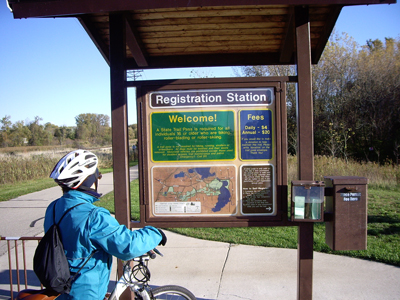 TxDOT has issued a call for Transportation Enhancement (TE) grant proposals, the first such call since 2006. Proposals from eligible government entities such as city and county governments and Metropolitan Planning Organizations are due by Friday, December 11, 2009. Approximately $60 million is reportedly available for funding the call.

Background and instructions for application are available on the TxDOT website.


Three of the 12 TE categories listed on the TxDOT posting are of direct interest to cyclists:

Provision of facilities for pedestrians and bicycles

Provision of safety and education activities for pedestrian and bicyclist

Preservation of abandoned railway corridors (including the conversion and use for pedestrian and bicycle facilities).

In the past, up to 70% of Texas TE funding has gone to these projects.

The available $60 million appears to have come from $305 million in TE funds allotted to Texas through SAFETEA-LU, the 2005 federal transportation bill. TxDOT issued a call for proposals in 2006 and over 200 proposals were received from across Texas.

Then in late 2006, when TxDOT received a rescission demand from the federal government, it cancelled review of the proposals, intending to return all $305 million of the TE program to the government to satisfy the demand. All but one other state made across-the-board cuts to meet their rescission obligations.

BikeTexas worked on this issue in two ways. First, BikeTexas lobbied the Texas Transportation Commission to save at least part of the TE funds from the rescission, and subsequently about $75 million was not returned to the Federal government. This appears to be the source of the $60 million available for the current call. (See BikeTexas 12/12/2006 story and background on 2006 TE fight in Texas here.)

Second, BikeTexas lobbied congressional friends in Washington, DC to support a “Proportionality” measure that would prevent any state from using one program’s funds disproportionately to meet future transportation fund rescission requests. This proportionality measure was included in the 2007 Federal energy bill and passed.

Cyclists should work with their local governments to submit proposals that benefit cyclists and pedestrians. Proposals submitted during the 2006 TE call must be updated and resubmitted.

MISSION BikeTexas advances bicycle access, safety, and education. We encourage and promote bicycling, increased safety, and improved conditions. We unite and inspire people and provide a cohesive voice for people who ride bikes in … END_OF_DOCUMENT_TOKEN_TO_BE_REPLACED