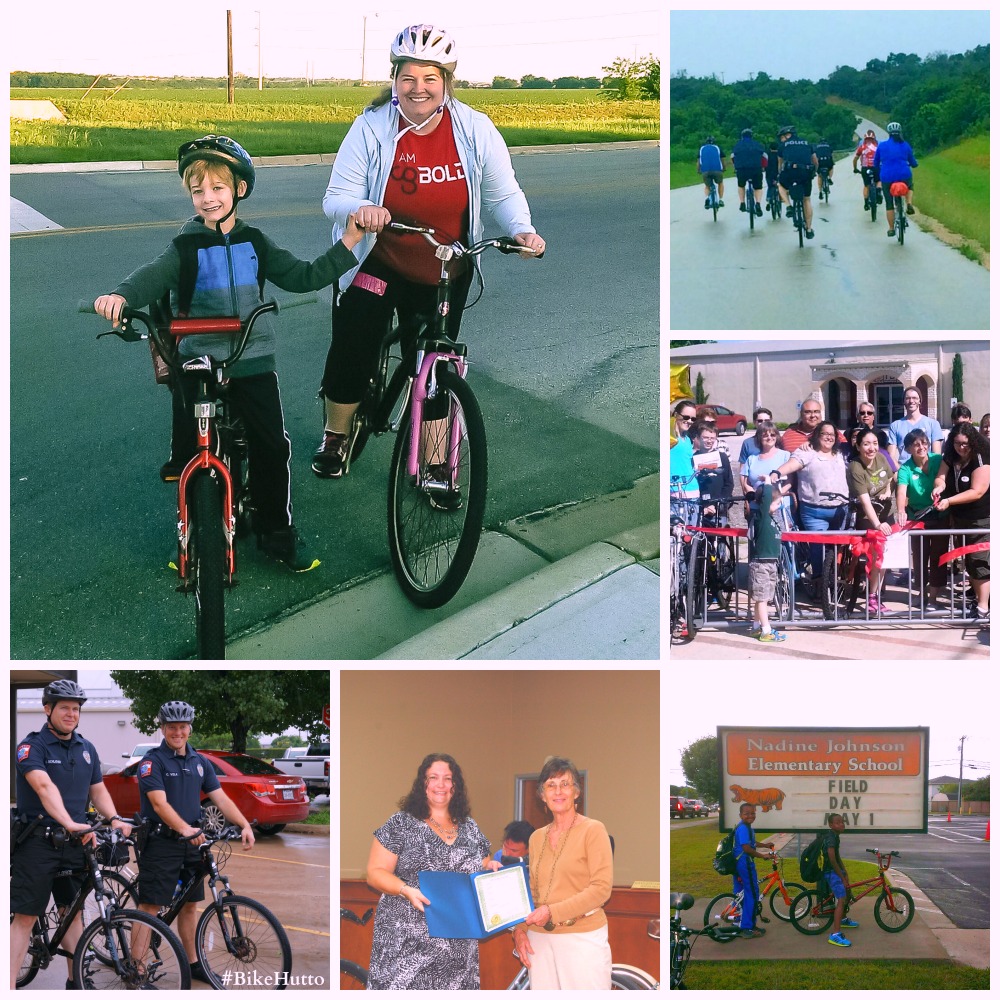 National Bike to School Day was May 6th. Bike Hutto and the Hutto ISD worked together to spread the word through emails and social media to families, encouraging students to ride their bikes to school.

City of Hutto Staff and the Hutto Police Department celebrated National Bike to Work Day on May 15th with a late morning social ride. The ride, which also included some members of Bike Hutto, was also the inaugural ride of the newly formed Hutto Police Department bike patrol. Per Sgt. Chris Kelley, “The bike unit will, for the remainder of this year, be used for special events requiring security or a police presence. This is great exposure for the unit and for the officers who wish to be a part of it. Once our staffing level increases, the plan is to have patrol officers (who are certified bike officers) carry the bikes on their patrol cars. Once in an area where bike patrol would be beneficial they will deploy the bike in a patrol fashion. This way they will be near their patrol car if a call comes out that is too far for them to respond on the bike.”

Bike Hutto launched its new free membership program the beginning of the month. They also had an information and bicycle tune up booth at the Central Texas Home and Garden Show and the weekly CO-OP Market Nights.

Bike Hutto’s mission is to encourage and foster a community environment within Hutto in which bicyclists of all ages can socialize, receive safety education, and voice their needs for building better bicycle friendly infrastructure. Bike Hutto was formed by Jessica Romigh in October 2014 after she attended the City of Hutto’s Setting the Table Workshop and saw a need within the Hutto community to create a fun and informative group for local bicyclists.

MISSION BikeTexas advances bicycle access, safety, and education. We encourage and promote bicycling, increased safety, and improved conditions. We unite and inspire people and provide a cohesive voice for people who ride bikes in … END_OF_DOCUMENT_TOKEN_TO_BE_REPLACED