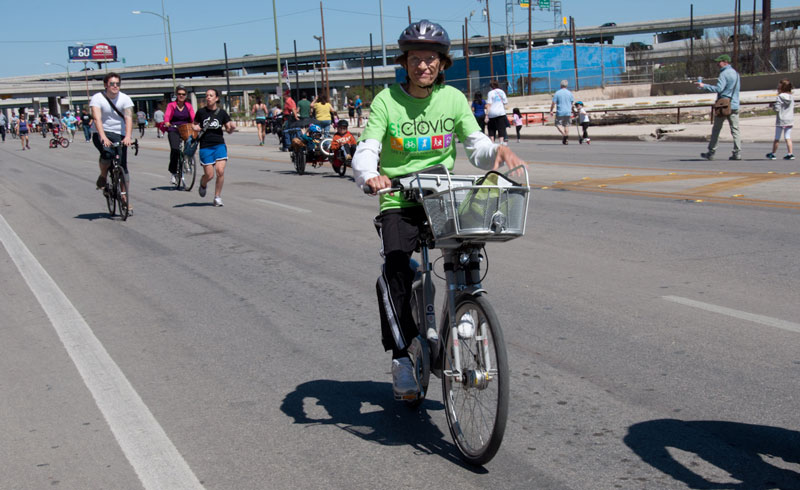 On a beautiful sunny Sunday in the first weekend of March 2012, a sea of people filled Broadway Street in downtown San Antonio for San Antonio’s second Siclovia.

People came out to “Play in the Street.” While the first Ciclovia had over 15,000 people, more than 40,000 people biked, skated, ran, walked or wheeled their way up and down the two-mile stretch of open boulevard.

Siclovia’s purpose is to get people outdoors and physically active. Siclovia is helping San Antonio develop a more fit culture and it’s working. “My daughter and I rented bikes at the Pearl, rode up and down Broadway and had a blast with 40,000 of our best friends,” wrote Mary Ullmann Japhet. 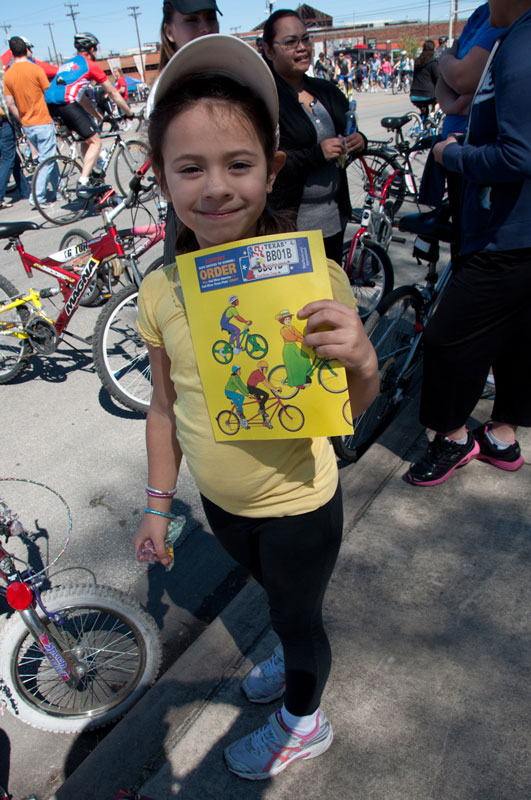 Siclovia’s entire focus is free family fun. As a result, you won’t find beer or fried foods at Siclovia. It is a fun fitness festival that creates one of the city’s largest open air physical activity areas. The response is overwhelmingly positive. “No alcohol makes a great time for families,” added Jon Mason.

Bicyclists loved the event because they felt safe. “Siclovia was once again a truly beautiful thing. Thank you!” commented Robert Waddell 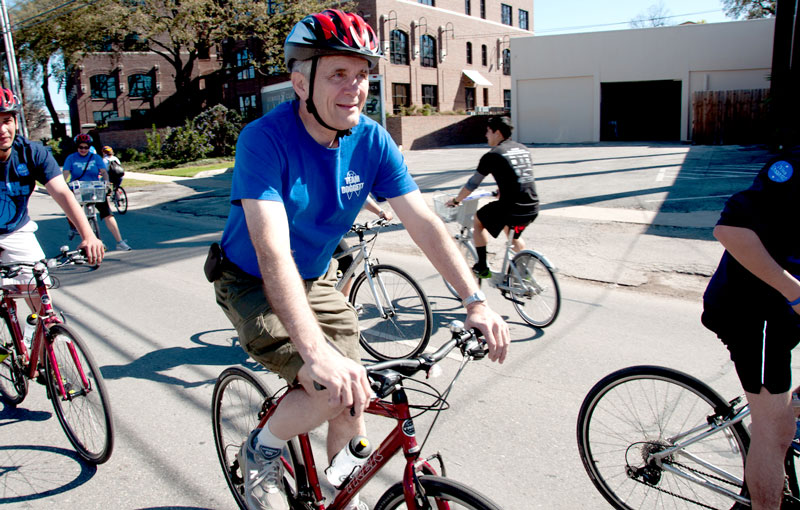 One special guest at this Siclovia was US Congressman Lloyd Doggett (D-Austin), who’s new district includes parts of San Antonio for the next election in November 2012. Congressman Doggett had a great time riding up and down the street and talking with future constituents.

See all the photos at facebook.com/biketexas

The next Siclovia is scheduled for October 2012.

MISSION BikeTexas advances bicycle access, safety, and education. We encourage and promote bicycling, increased safety, and improved conditions. We unite and inspire people and provide a cohesive voice for people who ride bikes in … END_OF_DOCUMENT_TOKEN_TO_BE_REPLACED