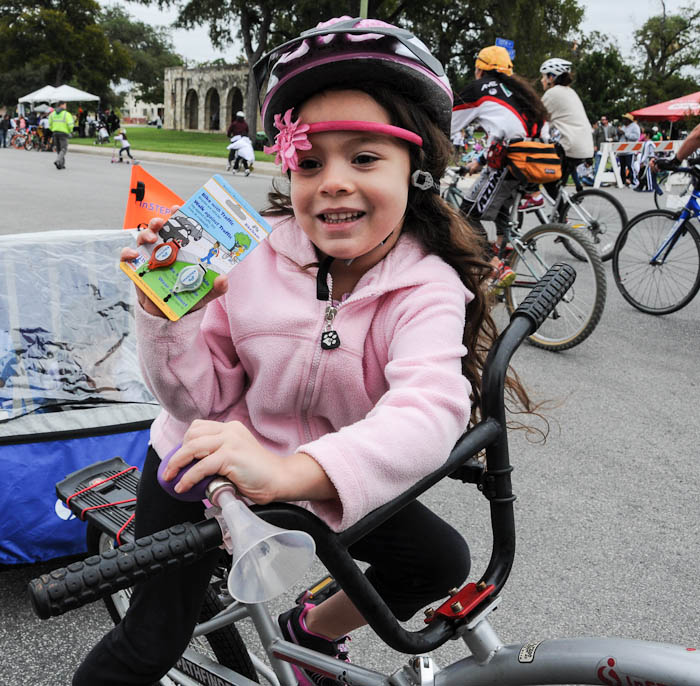 San Antonio held its third Síclovía on Sunday, October 7. The cool, windy weather didn’t deter the projected 50,000 people who came out to play in the street for a few hours.

BikeTexas hosted a booth at the Síclovía, also for the third time. We were able to give away about 500 bookmarks and 500 coloring books about bike safety to children who stopped by the booth. We also handed out 1000 light sets to kids, and TxDOT handed out 800 more to help keep San Antonio’s kids well-lit and safe while walking and biking!

Additionally, we brought the BikeTexas bike fleet along to offer free bike rentals to people who wanted to roll along Broadway instead of walking.

The next San Antonio Síclovía is scheduled for April 7, 2013.

MISSION BikeTexas advances bicycle access, safety, and education. We encourage and promote bicycling, increased safety, and improved conditions. We unite and inspire people and provide a cohesive voice for people who ride bikes in … END_OF_DOCUMENT_TOKEN_TO_BE_REPLACED