You are here: Home / BikeTexas BikeNews / BikeNews; Community / News By Bike: Links for You to Read (June 12) 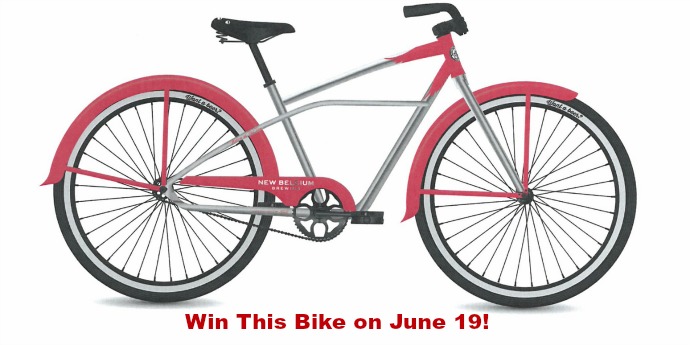 Transportation policymaking continues at the US Capitol, and our partners at the League of American Bicyclists and Rails-to-Trails Conservancy are staying on top of any bills or amendments that would be bad for active transportation. The Emmer Amendment that was defeated on Tuesday night is one example of what we’re keeping an eye out for– if your rep voted against it, please take a moment to send a thank you email or tweet!

Only a week to go until we have some fun at the Long Center at CLIPS Beer and Film Tour with New Belgium! We’re raffling off a bike and planning for an all-around good time. Don’t miss out!

We’re sorry to hear that we lost three people who were riding bikes in Texas this past week. Raul Alvarado Mascorro was killed outside of Mercedes, Gabino Carrizales was killed in Brownsville, and Brian Silva was killed in Austin. Our thoughts are with all three gentlemen’s families.

HUGE congratulations to Richardson, the fifth Bicycle Friendly Community in Texas! Richardson joined the list this week at the Bronze level.

The Texas 4000 are well on their way; the city of St. George, Utah, expects to see them next week.

Austin’s plans for protected intersections are in the news again.

Three cities, three surveys– if you live or ride in Corpus Christi, Houston, or Hutto, now is the time to get involved!

“I believe that if we keep working at it, we can make room on our roads for bikes and cars, both.”

What did bicycles do for early users in the 1800s? Everything.

Portland is brightening up its crosswalks, with hopes that they’ll be used by pedestrians and respected by drivers.

Stuck on a crowded transit vehicle? Art may help.

This piece takes a look at victim-blaming public safety initiatives.

Ontario, Canada, is cracking down on dooring.

MISSION BikeTexas advances bicycle access, safety, and education. We encourage and promote bicycling, increased safety, and improved conditions. We unite and inspire people and provide a cohesive voice for people who ride bikes in … END_OF_DOCUMENT_TOKEN_TO_BE_REPLACED