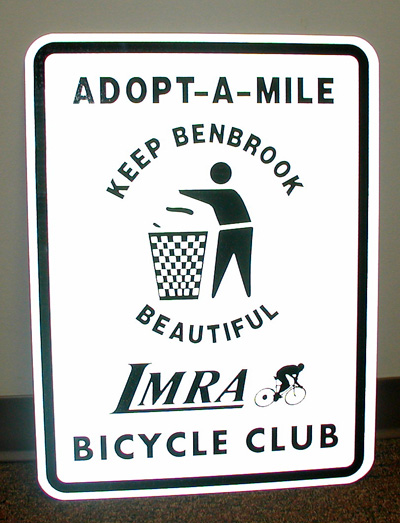 The Lockheed Martin Recreation Association (LMRA) Bicycle Club “adopted” responsibility for trash pickup along a one-mile length of Winscott Road from Hwy 377 to Pecan Park in Benbrook, TX a couple of years ago. The bicycle club requested this section of public roadway in gratitude for Benbrook’s first signed Bike Route. Club members meet a few times a year to do their part to keep Benbrook clean.

The latest gathering of cyclists for this Adopt-a-Mile activity occurred on a very warm Sunday afternoon on the 2nd of August. Over 20 club members put on sunscreen, and hi-visibility vests, donned gloves and grabbed trash bags (gloves and bags provided by the City of Benbrook) to clean up the adopted length of Winscott Road. Participants included cyclists and family members from inside and outside of Benbrook’s city limits. Ages of participants ranged from single digit to 6-plus decades. One participant, Nancy, even helped pick up trash after first cycling 50 miles in the morning! In addition to the trash pickup, club members also painted three posts on the centerline of the new multi-use trail between Pecan Park and Winscott/Lakeside Road. The new paint (donated by Streams & Valleys) makes the posts more visible to cyclists. 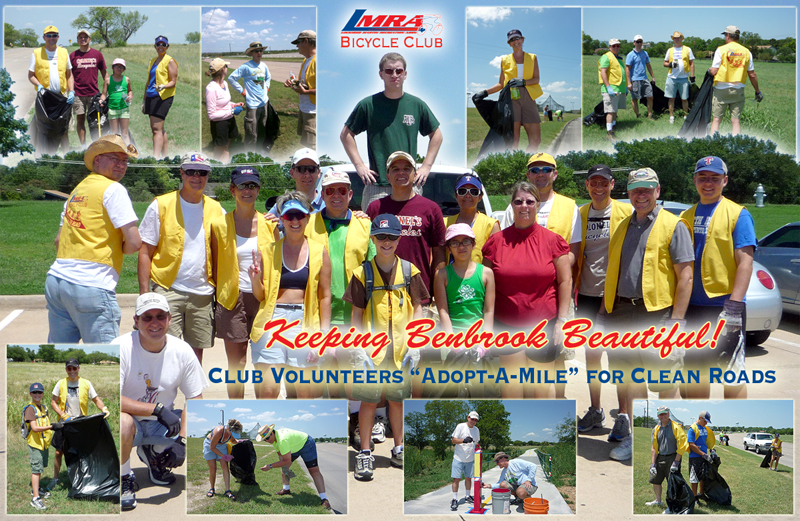 The LMRA Bicycle Club recommends you, your club, or organization contact your city/county and look into an Adopt-a-Mile program! Show your involvement in the community as a cycling group – its great to hear “thank you” from passing motorists!

For information about the LMRA Bicycle Club, see www.lmrabicycleclub.com.

MISSION BikeTexas advances bicycle access, safety, and education. We encourage and promote bicycling, increased safety, and improved conditions. We unite and inspire people and provide a cohesive voice for people who ride bikes in … END_OF_DOCUMENT_TOKEN_TO_BE_REPLACED