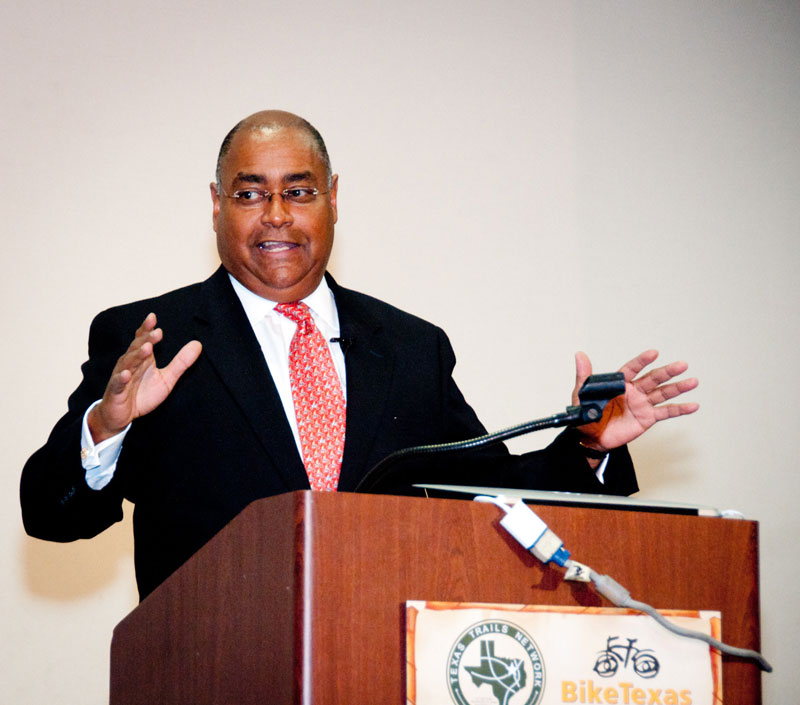 The best way to learn about a community is on a bike, and people riding them in Texas are predominantly white, according to State Senator Rodney Ellis (D-Houston). Ellis spoke on “Bringing Racial and Socio-Economic Diversity to Cycling” as his keynote address for this year’s Texas Trails and Active Transportation Conference in San Antonio. According to Ellis, cyclists need to get others involved in the sport, especially those who might not necessarily look like their regular riding buddies.

Increased ridership among underrepresented communities will benefit the overall health of the population while adding new advocates to “make biking fashionable and sexy,” according to Ellis. This will in turn strengthen the momentum behind advocacy efforts aimed at generating more pedestrian- and bike-friendly policies. More public involvement in the sport will result in less opposition to public dollars being spent on such projects.

One effort aimed at promoting the sport among currently unrepresented segments of the urban population is the Tour de Hood—geared toward getting people the practical information they need to be mentally and physically healthy. Senator Ellis has participated in these rides and encouraged others to get involved. This effort involves getting people to ride with friends and family around the neighborhood to raise awareness and encourage healthy living choices.

Involving community leaders as well as the media in your bike events will maximize your efforts, he suggested. Advocacy efforts benefit from the multiplier effect of any media coverage generated, and nothing beats having local government officials photographed while riding.

Finally, Senator Ellis suggested advocating at every chance possible. He tries to work in a bike ride wherever he might be traveling, whether in the United States or abroad. “You want to lobby me? Get on a bicycle and let’s talk,” he said, encouraging participants at the San Antonio event to build coalitions and communities of interest through their daily work routine. 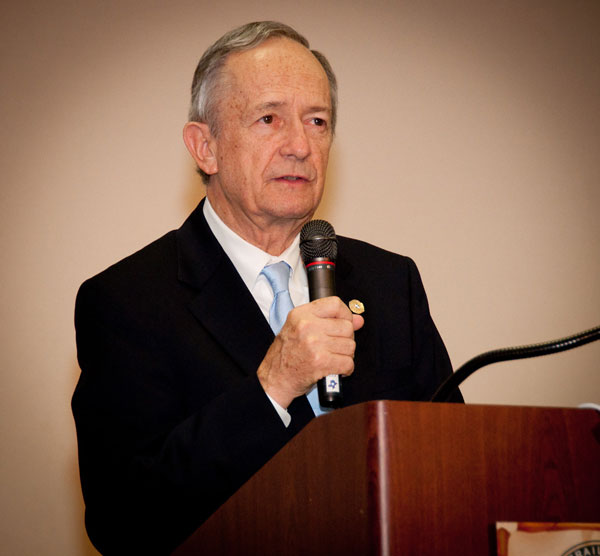 State Senator Jeff Wentworth (R-San Antonio), who introduced Senator Ellis, is himself a hike and bike advocate and his city is a showcase of what can be accomplished in a relatively short time when a community comes together around a common purpose. His support, along with other members of the Texas Legislature, will continue to bring about positive change in our state.

It takes as little as $128,000 to build a mile of trails while a paved road can run from $46 to $47 million, according to Congressman James Oberstar, another legislative keynote speaker. While trails result in more physical activity and lower medical expenses as a result of an overall improvement in the health of residents, roads offer no such benefit. More community involvement in walking, hiking and cycling activities will not only build communities of interest but will make it easier to sell the lower cost alternatives.

It was thanks to the former Congressman’s efforts that Safe Routes to School legislation passed, giving the program the necessary funding to make it a reality. Between 1971–1991 the federal investment in cycling totaled $50 million by all states, and in 1992, the year the legislation came into effect, this figure rose to $3.5 billion.

The efforts of legislators to support and promote bicycling and walking can have formidable, long-lasting impacts on infrastructure and public perception and culture. The TTAT Conference was fortunate to be able to host such an impressive lineup of legislative advocates who continue to make our state and country a better place for active lives every day.

MISSION BikeTexas advances bicycle access, safety, and education. We encourage and promote bicycling, increased safety, and improved conditions. We unite and inspire people and provide a cohesive voice for people who ride bikes in … END_OF_DOCUMENT_TOKEN_TO_BE_REPLACED