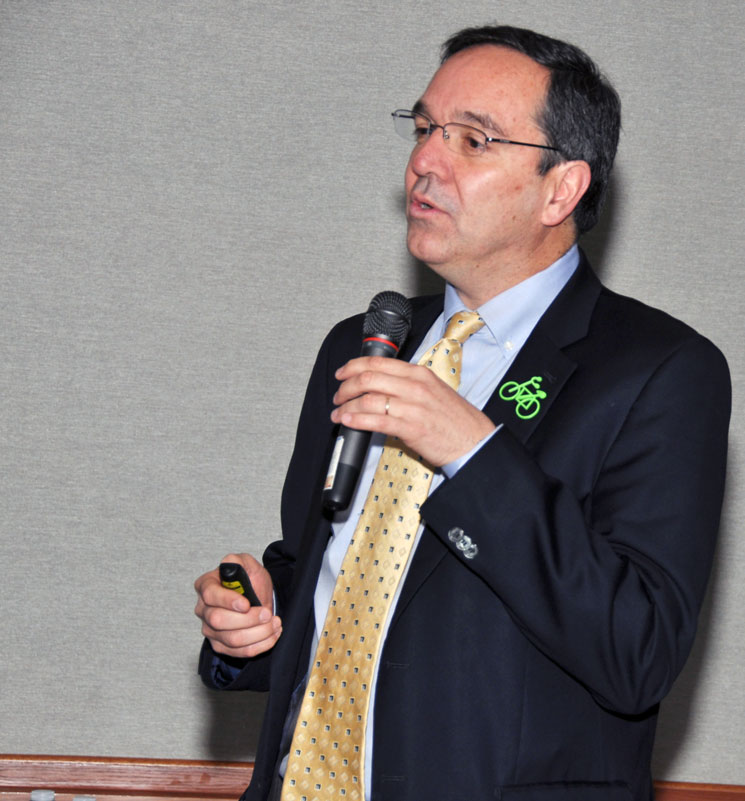 On Thursday, Febraury 3, 2011, over 150 people including several legislators and their staff filled a room at the State Capitol to hear Gil Penalosa speak about connecting health and quality of life to modest changes in our transportation. This lunch event was the second of three events in the 2011 Shifting Gears Lecture Series, which saw Penalosa speak twice in Austin and once in San Antonio, inspiring crowds to take action to improve Texan communities as places for people.

At the Legislative Conference Center at the Capitol on Thursday, Mr. Penalosa gave a brief version of his presentation from the night before in San Antonio. He focused on improving community health, making it safer for kids to walk and bike to school, and the economic benefits of having a vibrant community – one that isn’t dominated by fast-moving automobiles. The crowd, which included representatives from transportation and health policy communities, responded well, laughing at the jokes, and taking time to absorb some of the more challenging aspects of Mr. Penalosa’s talk, such as the idea that “twenty’s plenty” – neighborhood roads should have speed limits no higher than 20 mph. When the event ran over time a few minutes, almost no one left, as Mr. Penalosa quickly wrapped up his speech with some examples of Cicolovias (events where streets are opened to pedestrians for a few hours a week, a kind of street fair). 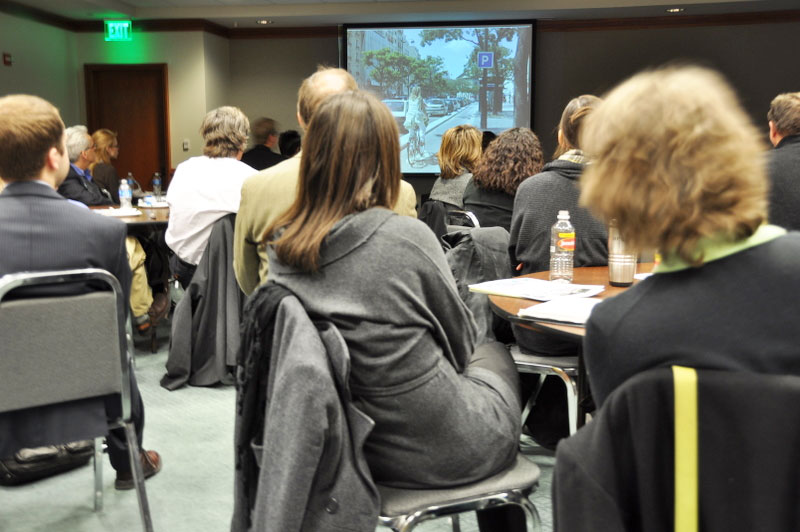 Mr. Penalosa’s talk was preceded by a presentation of some very significant research on the efficacy of Safe Routes to School state funding. Two researchers presented their findings from a study of several schools across the state, some that received funding for infrastructure, some that received funding only for planning, and a control group. The results showed that schools that received any Safe Routes to School funding had significantly higher rates of students amenable to walking and biking to school, but that when schools received infrastructure funding rates of walking and biking were the highest.

The luncheon was generously catered by Jason’s Deli, a Texas company that has committed to moving to all-natural ingredients in all of its food, and who has representatives on several health committees at the state level.

MISSION BikeTexas advances bicycle access, safety, and education. We encourage and promote bicycling, increased safety, and improved conditions. We unite and inspire people and provide a cohesive voice for people who ride bikes in … END_OF_DOCUMENT_TOKEN_TO_BE_REPLACED