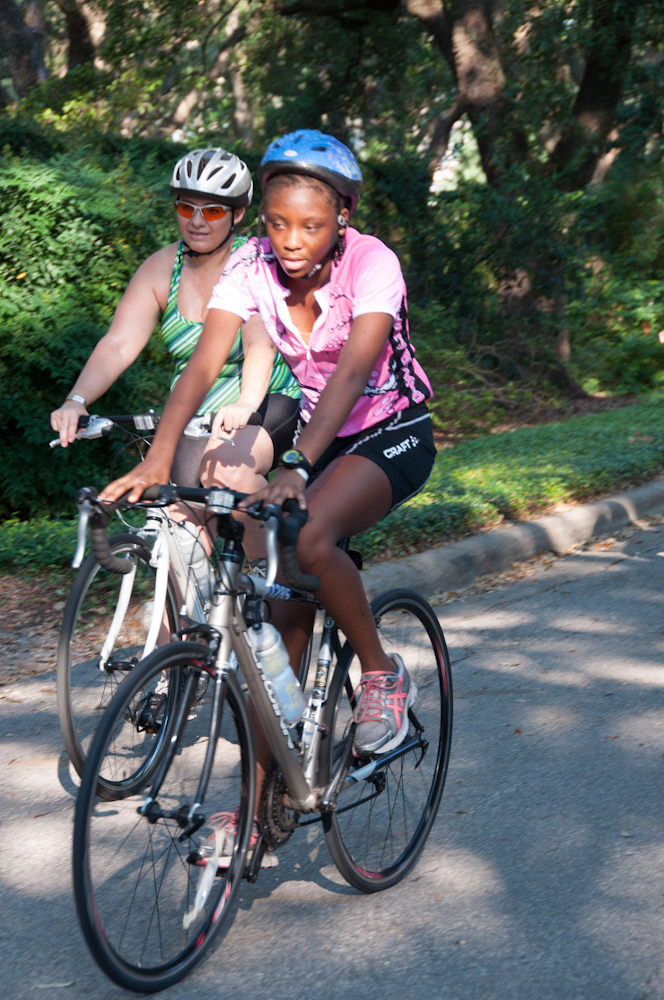 The League of American Bicyclists recently released its semiannual list of Bicycle Friendly Communities (BFC) and Texas is now on it four times as Houston joins the ranks of BFCs! (Texas also has two cities on the Honorable Mention list.)

We’re proud of all the steps Houston has taken to get to this level, like implementing a bicycle education system for city staff and expanding the bike network. BikeTexas Executive Director Robin Stallings says, “The Bicycle Friendly Communities Bronze Award reflects the progress that Houston has made in improving conditions for people who ride bikes, under the leadership of Mayor Annise Parker and the city council, State Senator Rodney Ellis, city staff, MPO staff and advocates. From the top-notch adult education efforts that are based on LAB’s Traffic Skills 101 and the BikeTexas SafeCyclist program in the local school system, to the bayou trail system that will be expanded even further with the new $150 million trail bond package, it’s clear that Houston is on the way to a more balanced transportation system.”

Do you think your city should be recognized as Bicycle Friendly and join Austin, El Paso, Fort Worth, Houston, San Antonio, and The Woodlands on the list? Get started here.

MISSION BikeTexas advances bicycle access, safety, and education. We encourage and promote bicycling, increased safety, and improved conditions. We unite and inspire people and provide a cohesive voice for people who ride bikes in … END_OF_DOCUMENT_TOKEN_TO_BE_REPLACED