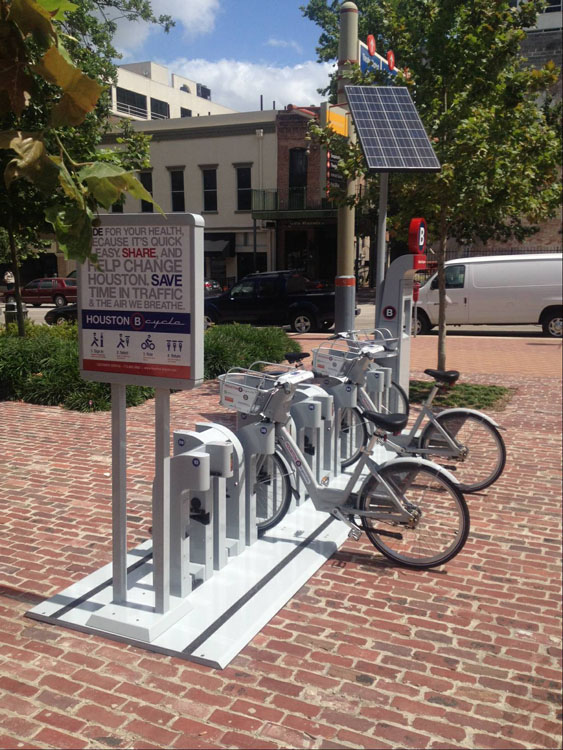 Houston’s B-cycle bike share program is set to grow this fall. The program began in May with three stations in downtown Houston and 18 bicycles available for use. The upcoming expansion, set for October, will add 20 more stations and 205 bikes, according to Houston’s CultureMap.

Will Rub, the director of Houston B-cycle, says that choosing the new sites “has been a learning experience and has turned out to be more complicated that we initially anticipated.” He adds, “We have a tremendous awareness of educational challenges ahead of us once the new stations are on the ground.”

Houston B-Cycle is the second bike share program of its kind in Texas, following on the heels of a successful program in San Antonio. Fort Worth and Austin are expected to join them with bike sharing programs of their own in the next year or two.

MISSION BikeTexas advances bicycle access, safety, and education. We encourage and promote bicycling, increased safety, and improved conditions. We unite and inspire people and provide a cohesive voice for people who ride bikes in … END_OF_DOCUMENT_TOKEN_TO_BE_REPLACED