You are here: Home / BikeTexas BikeNews / BikeNews; Community / Friday Reading: Links You May Have Missed (Oct 31) 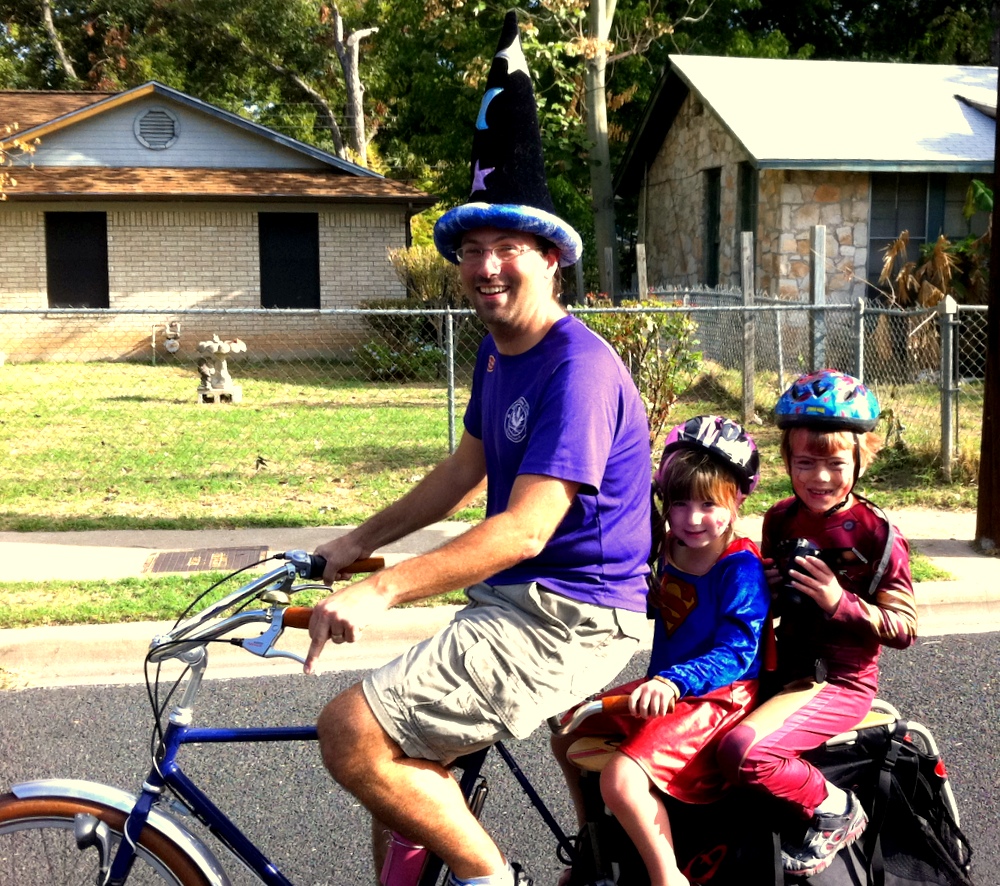 In case you missed it: Some links we thought were worth sharing this week. Happy reading!

Haven’t voted yet in Austin? Check out our local endorsements here.

The Inaugural Austin BikeFest presented by Capital Metro was a smashing success! Many thanks to sponsors, exhibitors, volunteers, and attendees for making it a great day. Missed it? Check out the Storify to see what happened.

Need a last-minute costume? See our ideas here. Most of these are from the amazing Anna Kong, who coordinated our costume contest at Austin BikeFest.

Remember when no transit systems in Texas had bicycle accommodations? We’re happy that those days are now a memory.

And finally, our Executive Director Robin Stallings was in the Houston Chronicle earlier this week asking the Texas Transportation Commission for answers about bike/ped funding. (Alas, this story is paywalled, so you have to be a Chronicle subscriber to read the whole thing.)

VOTE NOW! Today, October 31, is the last day of early voting in Texas. The general election is Tuesday, November 4. Texas needs your voice! Find out everything you need to know at votetexas.gov.

It’s the final weekend of Cyclesomatic in Oak Cliff (Dallas), including a Kidical Mass ride tomorrow.

Houstonites: H-GAC is taking a survey of commuters, and they need to hear from people who ride bikes. Read more and follow the link at BikeHouston’s page.

BikeDFW helped some kids get a merit badge in bicycling.

Speaking of BikeDFW, they’ll be at Untapped Festival tomorrow.

And Sunday Streets Houston is back on November 2.

You may have seen this report from the Governors Highway Safety Association. Not to worry: bike advocates across the nation swung into action, and after responses from Streetsblog, the League of American Bicyclists, the Alliance for Biking and Walking, another one from the League, and People for Bikes, it’s safe to say the report has been pretty well smacked down.

See some of the reasons for road diets here.

CityLab looks at the relationship between bike share membership and income.

“When enough people are riding for transportation, they can create their own case for better infrastructure.”

Bicycles are great for disaster response

When a state DOT hosts a transit input meeting, it helps if the meeting is accessible by transit

MISSION BikeTexas advances bicycle access, safety, and education. We encourage and promote bicycling, increased safety, and improved conditions. We unite and inspire people and provide a cohesive voice for people who ride bikes in … END_OF_DOCUMENT_TOKEN_TO_BE_REPLACED