You are here: Home / BikeTexas BikeNews / BikeNews; Community / Friday Reading: Links You May Have Missed (Dec 12) 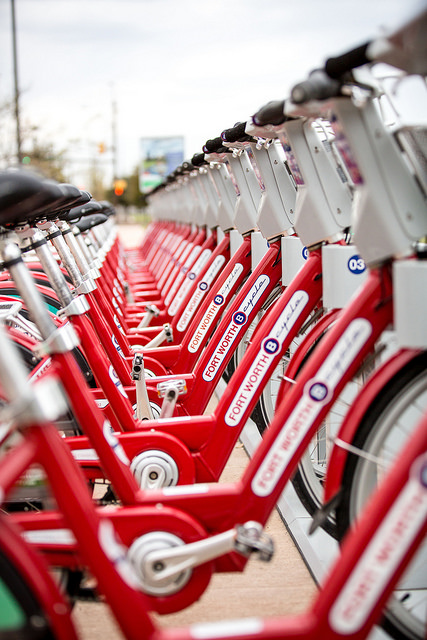 In case you missed it: Some links we though were worth sharing this week. Happy reading!

It’s not an Oscar, but we’ll take it: we won an award for our Safety Bling! video.

Join BikeTexas today, get a free gift. Fundraising Friday is awesome like that.

People who ride bikes around Texas have had our eyes on the Margaret Mayer trial in Houston this week. Mayer was found guilty of failing to stop and render aid after striking Chelsea Norman, who was riding her bike home from work, last December. Ms. Norman died four days later. Mayer has been sentenced to 15 years in prison. Read the news article from yesterday’s sentencing here.

Eight new B-cycle stations are coming to Fort Worth.

Dallas has just installed parking meters next to a bike lane, leading to frustration, consternation, and other -ations for people who ride bikes. Here’s hoping they get that fixed, STAT.

Speaking of Dallas, they had a bit of a fog event a couple days ago. (This is nothing to do with bikes. We just think it’s pretty amazing.)

The mayor of Rome is very, very committed to riding a bike.

“MAMIL” (middle-aged man in lycra) has been added to the Oxford English Dictionary. You’re on your own for deciding whether or not to be happy about this.

Next City wonders if the bike lane crowdfunding trend will lead to less infrastructure in less-wealthy areas.

Another suggestion that drivers should open their doors with their right hand when parked next to a bike lane to avoid dooring someone on a bike.

And finally… will it snow for you on Christmas? (In Texas… probably not. Sorry.)

MISSION BikeTexas advances bicycle access, safety, and education. We encourage and promote bicycling, increased safety, and improved conditions. We unite and inspire people and provide a cohesive voice for people who ride bikes in … END_OF_DOCUMENT_TOKEN_TO_BE_REPLACED