You are here: Home / BikeTexas BikeNews / BikeNews; Community / Congratulations to the BikeTexas Champions! 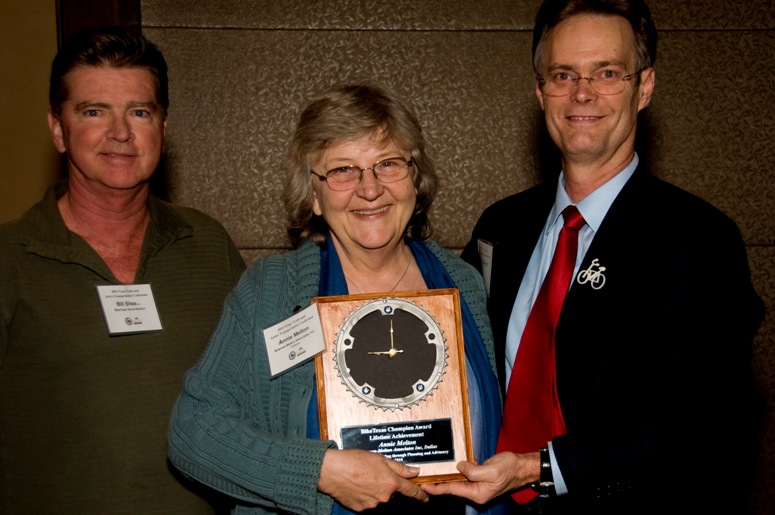 The Texas Trails and Active Transportation Conference provided a great venue to honor some champions who have truly helped make bicycling better in Texas – with BikeTexas Champion Awards! Awards went to Leslie Luciano and Paul Douglas of Austin, Durwood Mayfield of Lubbock and Annie Melton of Dallas.

MISSION BikeTexas advances bicycle access, safety, and education. We encourage and promote bicycling, increased safety, and improved conditions. We unite and inspire people and provide a cohesive voice for people who ride bikes in … END_OF_DOCUMENT_TOKEN_TO_BE_REPLACED