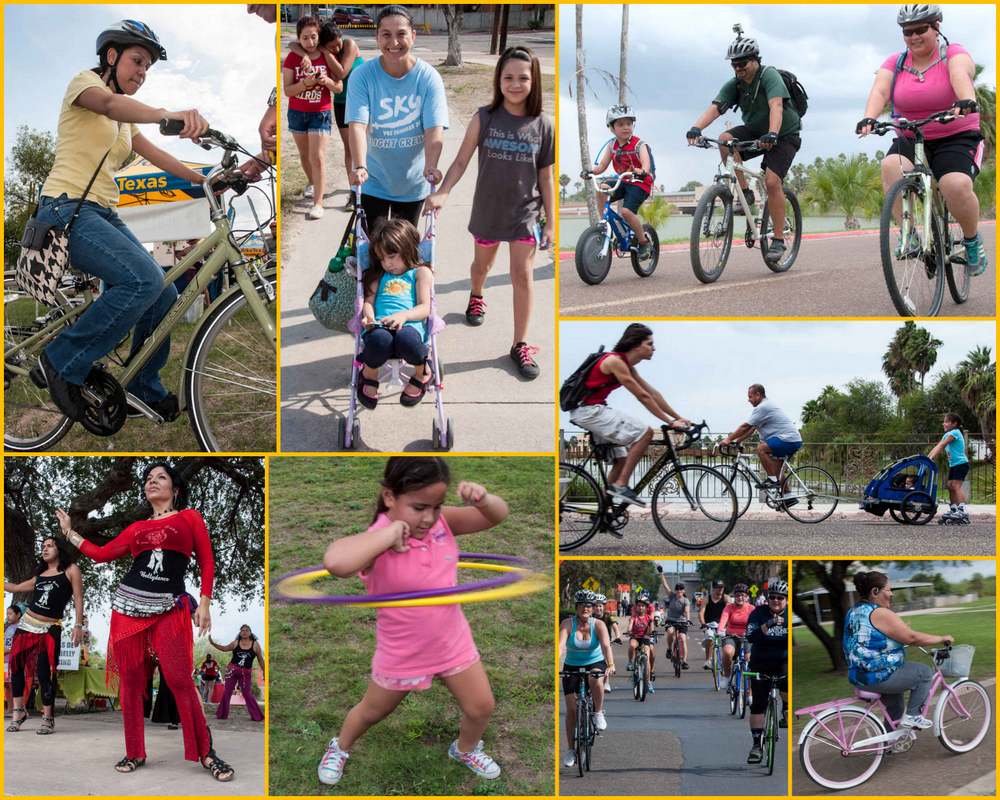 The City of Brownsville held their first Open Streets event, CycloBia, on November 4, becoming the sixth Texas city to do so. Seven miles of city streets, stretching from Dale Porter Park through UTB/TSC campus, were closed to vehicle traffic for five hours for people to come out and enjoy activity in the street.

BikeTexas sent five staff members and 45 bikes to South Texas to participate in CycloBia. Many people stopped by to borrow a bike and remarked that it had been years since they had been on a bike. Even better, some said they would get back into cycling after trying it again at CycloBia!

All ages of Brownsville citizens, from young to old, families and college students, children and elderly–everyone was moving around and having a great time. The CycloBia Facebook page has been flooded with messages asking when the next event will be. (It’s not scheduled yet, but organizers ask that everyone stay tuned to their website for updates.)

BikeTexas met some new members at CycloBia and handed out educational materials, including 2000 safety lights.

MISSION BikeTexas advances bicycle access, safety, and education. We encourage and promote bicycling, increased safety, and improved conditions. We unite and inspire people and provide a cohesive voice for people who ride bikes in … END_OF_DOCUMENT_TOKEN_TO_BE_REPLACED