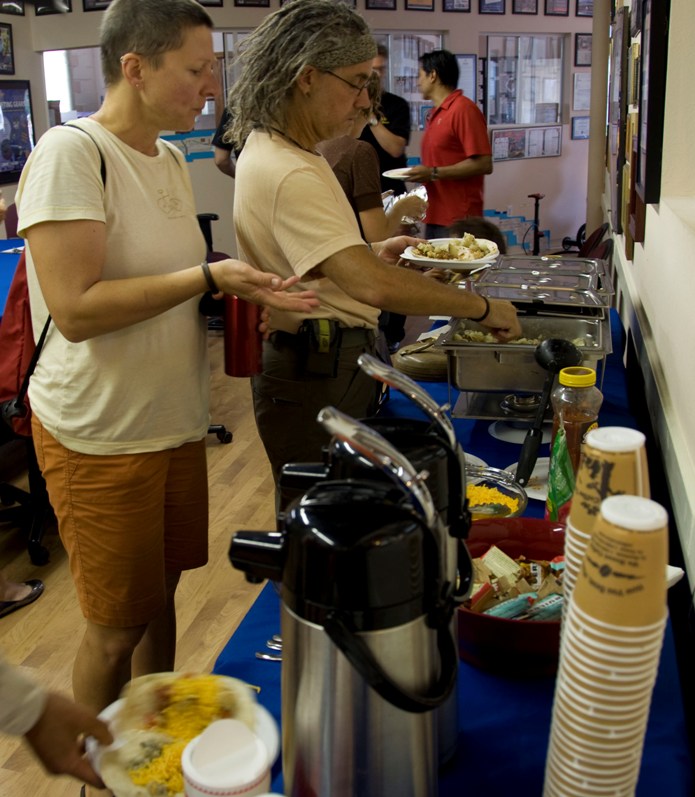 Fun and breakfast tacos were had by all at BikeTexas on Bike to Work Day, May 21, 2010! BikeTexas again hosted one of the 24 breakfast stations available to commuters around the city. Organized by the Austin Cycling Association, and with coffee provided by Texas Coffee Traders and breakfast tacos cooked up by BikeTexas staff and volunteers, almost 50 commuters stopped by to enjoy the food, drink and company of fellow cyclists.

Most of the commuters reported a round trip commute between 5 and 15 miles, though one woman, obviously a champion bike commuter, rides a total of 45 miles to work and back! Our youngest visitors were three middle school students. They were members of a bike club out with their teacher, who had gotten special permission for them to be out of school in the morning to attend Bike to Work Day (see story).

As always, it was great to have all those cyclists stopping into our office, and we look forward to a great turnout for next year.

MISSION BikeTexas advances bicycle access, safety, and education. We encourage and promote bicycling, increased safety, and improved conditions. We unite and inspire people and provide a cohesive voice for people who ride bikes in … END_OF_DOCUMENT_TOKEN_TO_BE_REPLACED