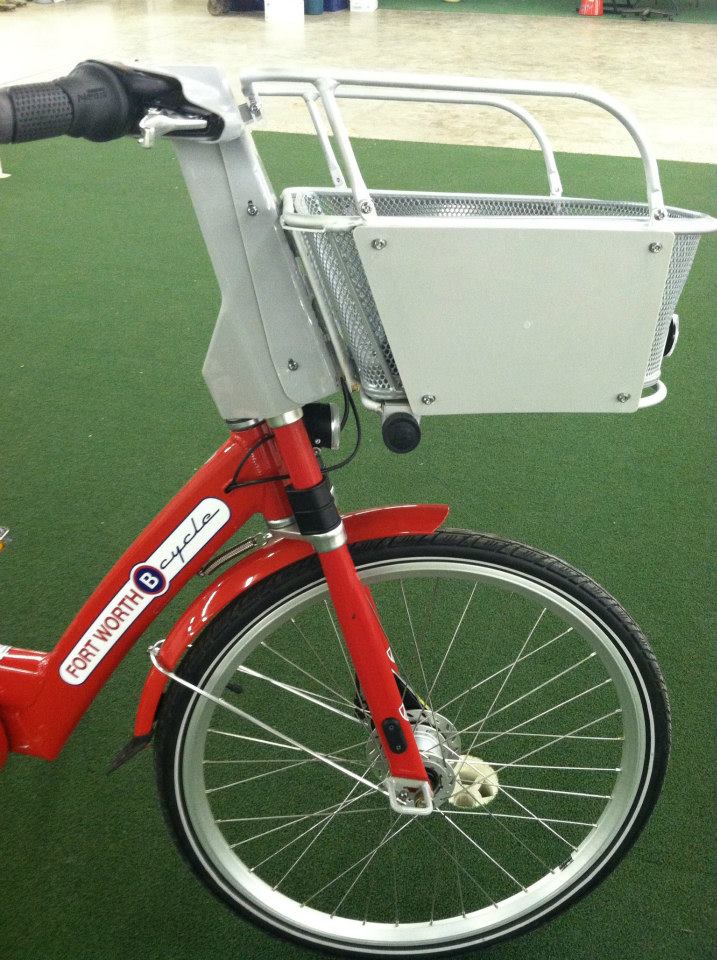 It’s been a busy few months for bike sharing in Texas, with two cities expanding and two more gearing up for a launch.

Houston B-cycle announced a new partnership with Blue Cross Blue Shield (BCBS) in January and celebrated the installation of three new stations this past week at the Downtown YMCA, the Ensemble/HCC METRORail station, and at the Lake Plaza entrance to the Houston Zoo. Eighteen more stations are planned to open, and Will Rub of Houston B-cycle says they hope to have at least 14 of the stations operational by the end of March.

Mr. Rub also says that the new partnership with BCBS will allow for warehouse and office space, which they haven’t had up until now. They’ll be adding more staff and a service vehicle to their operations. In addition, Houston has opted into the reciprocal scheme that is on the cards for the entire B-cycle system, which will allow B-cycle members from Houston to check out bikes in any B-cycle city. Mr. Rub says the reciprocal system should be in place soon.

The official kickoff of the new partnerships and new stations will be in April 2. The location of the kick-off event is to be determined.

San Antonio B-cycle is adding five new stations and 50 new bikes, bringing the current totals to 35 stations and over 300 bikes. They have plans to continue expanding the fleet and the number of stations throughout 2013.

Austin’s bike share is also moving forward. The City Council approved the nonprofit Bike Share of Austin in January and is still working toward selecting a vendor. The current target is for 40 stations and 400 bicycles to be on the ground in the late spring.

MISSION BikeTexas advances bicycle access, safety, and education. We encourage and promote bicycling, increased safety, and improved conditions. We unite and inspire people and provide a cohesive voice for people who ride bikes in … END_OF_DOCUMENT_TOKEN_TO_BE_REPLACED