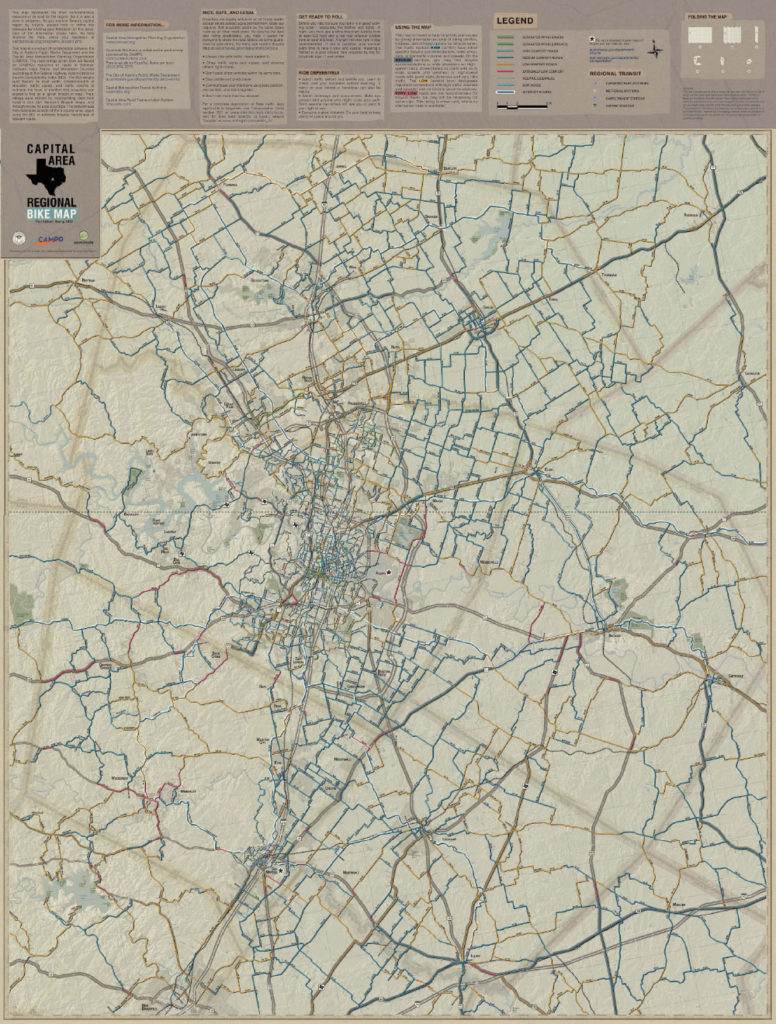 We are excited to announce that the Capital Area Regional Bike Map has just been released! A collaboration between the City of Austin’s Public Works Department and the Capital Area Metropolitan Planning Organization (CAMPO), the Regional Bike Map uses a comprehensive system to rate roads for cyclists in the area. Starting with CAMPO’s evaluation of roads in Bastrop, Hays, Caldwell, Travis, and Williamson counties based on the Federal Highway Administration’s Bicycle Compatibility Index (BCI), the map designers went on to incorporate extensive public input from area bicyclists as well as local maps from San Marcos and Austin. The map was then extended further beyond the 5-county area using the BCI.

If you live in the area, Join BikeTexas or Renew your Membership today and we’ll send you a copy of this map with your membership packet.

MISSION BikeTexas advances bicycle access, safety, and education. We encourage and promote bicycling, increased safety, and improved conditions. We unite and inspire people and provide a cohesive voice for people who ride bikes in … END_OF_DOCUMENT_TOKEN_TO_BE_REPLACED