You are here: Home / BikeTexas BikeNews / BikeNews; Advocacy / You Did It! Bike/Ped Safety Measure Included in Cromnibus 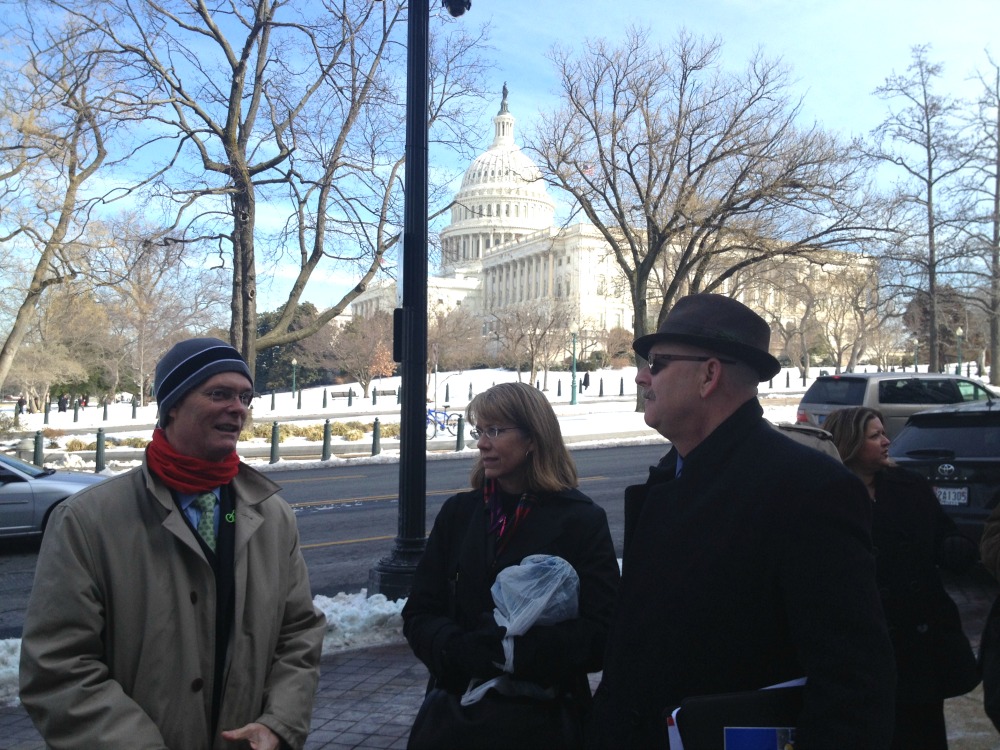 Congress passed the 2015 budget bill (Cromnibus) over the weekend, which includes a safety performance measure for bicycles and pedestrians– a measure that people who ride bikes have been asking for during 2014. Your voice has made a difference– thank you!

We’d like to thank Texas’ Rep. Michael McCaul, who at BikeTexas’ request was one of the original bill sponsors for safety performance measures. Rep. McCaul’s support for government accountability for all forms of transportation sends a clear signal that he is listening to his constituents, and we’re proud to have partnered with the League of American Bicyclists on this effort.

Now that this performance measure is established, it’s time to ask: TxDOT, how are you going to measure the performance of the Highway Safety Improvement Program (HSIP) in reducing fatalities and injuries for people who walk and ride bikes?

Texas’ share of HSIP can be used to reduce the occurrence and severity of crashes on any road, including local roads as well as TxDOT-controlled roads. In Texas, the funds are distributed through a statewide competitive application process. TxDOT has never specifically targeted pedestrian safety or bicycle safety as programs under HSIP, although in some intersection improvements the safety of pedestrians was also incidentally improved.

TxDOT works with MPOs to help shape the projects submitted and rank projects. You can help by attending meetings of your MPO’s Policy Board and Technical Advisory Committee and asking for pedestrian and bicycle safety to be addressed using HSIP funds.

Join BikeTexas today to make sure we can continue to fight for measures like this one at the local, state, and federal levels.

Photo: BikeTexas Executive Director Robin Stallings heads to the Capitol as part of the National Bike Summit (NBS) in March. The Texas delegation visited every Texas member of Congress to ask for a bicycle and pedestrian safety performance measure.

MISSION BikeTexas advances bicycle access, safety, and education. We encourage and promote bicycling, increased safety, and improved conditions. We unite and inspire people and provide a cohesive voice for people who ride bikes in … END_OF_DOCUMENT_TOKEN_TO_BE_REPLACED