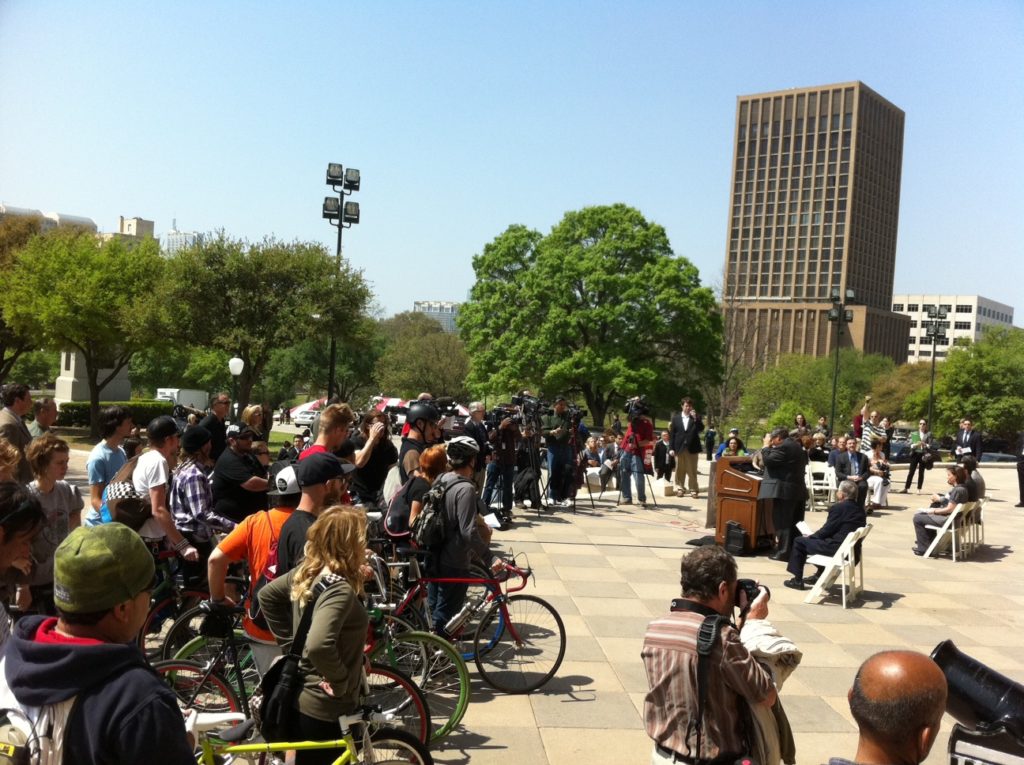 The Senate passed HB 242, which includes an amendment that bans texting while driving. Senator Judith Zaffirini introduced the amendment, which allows municipalities to ban drivers from using wireless communication devices unless they are stopped. BikeTexas attended the press conference of Representative Craddick, the bill author, and recruited many bicyclist supporters to attend the conference.

BikeTexas applauds Senators Zaffirini and Craddick’s efforts to increase the safety of all road users, especially cyclists. If you are a constituent of either Senator, please thank them for their efforts. Now, it is up to the House to pass the amended version of the bill, in order for it to become law.

MISSION BikeTexas advances bicycle access, safety, and education. We encourage and promote bicycling, increased safety, and improved conditions. We unite and inspire people and provide a cohesive voice for people who ride bikes in … END_OF_DOCUMENT_TOKEN_TO_BE_REPLACED