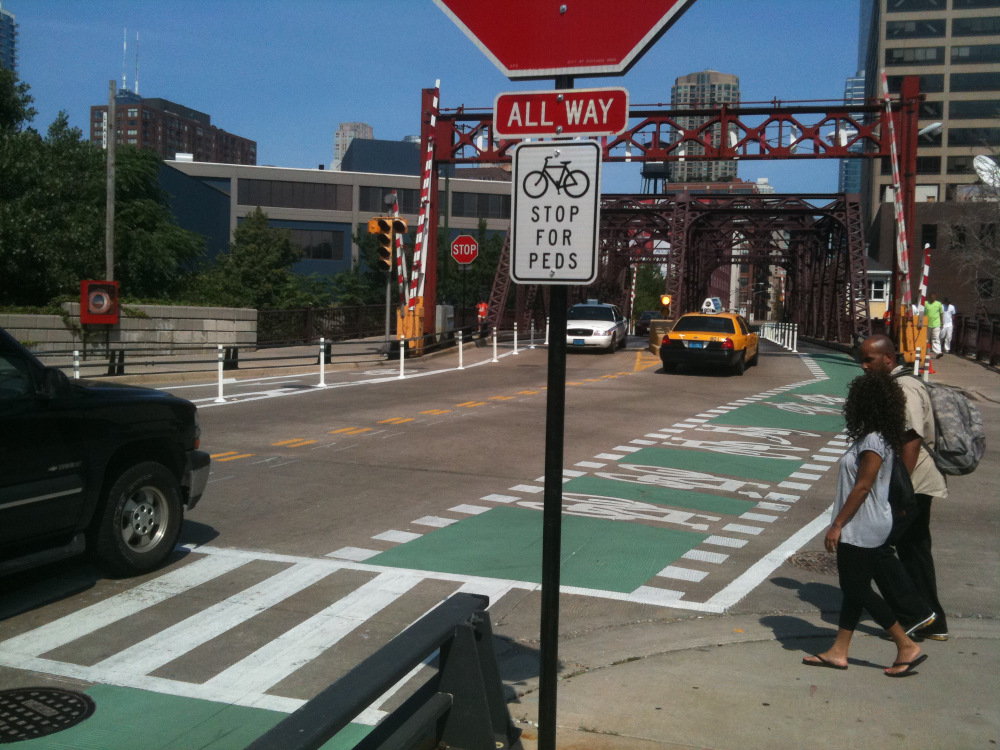 After two successive years of amazing gains in the Bicycle Friendly State Rankings, Texas is back where we were three years ago. We’ve fallen from #22 in 2013 to #33 in 2014.

While we’re disappointed by this, we aren’t entirely surprised. After all, we knew we had a tough year last year with a struggle in the legislature followed by the toll road bike ban. Texas has fallen in ranking because it is relatively worse at the state level in comparison to other states than it was last year. Our worst scores seem to be in infrastructure, funding, policies and legislation.

Significant bike/ped progress in Texas has taken place at the local level as cities have passed ordinances and bonds to improve policies and infrastructure (sometimes while fighting with TxDOT to do so) or to fill a safety legislation gap from the legislature/governor. This local progress is not reflected in the state ranking.

The current engineering design manual does not include the best practices for protected bike/ped facilities as identified in the NACTO manual. The safest facilities CANNOT be included “on system” because TxDOT has not updated its design manual to include them, even if the affected cities request them.

TxDOT has resisted including bicycle and pedestrian facilities “on system.” Other states routinely include bike/ped facilities. TxDOT banned bikes from its rural toll road shoulders and pressured the Tyler RMA to follow suit.

Texas has not been as effective as other states in utilizing abandoned rail right of way by rail banking with Rails to Trails.

The state Highway Safety Improvement Program (HSIP) scoring is weighted to favor items like railroad grade separations instead of bike/ped improvements, even though 16% of annual fatalities are bike/ped.

Of all the state DOTs that have a Complete Streets policy, Texas’s is the weakest.

TxDOT leaves it up to contractors or Area Engineers to choose the aggregate size in seal coats with no consideration of safety for bicycle riders because of a very weak seal coat policy, despite their reassurances to people who ride bikes. 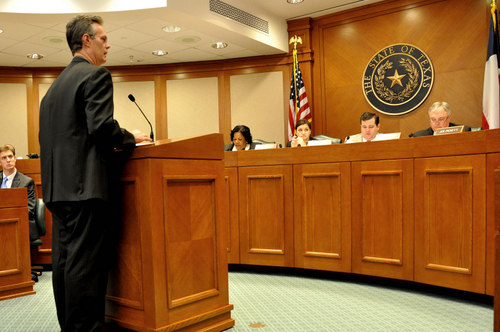 The Texas legislature has not passed Complete Streets legislation, and the combined Safe Passing and Vulnerable Road User legislation was vetoed after the legislature passed it in 2009.

TxDOT has never used any state transportation funds for stand alone bike/ped facilities, as far as we know. Texas Parks and Wildlife have a very effective small trail program that could be expanded.

TxDOT has effectively canceled the statewide Safe Routes to School and the Trail grant funding program (previously named Transportation Enhancements) by recently transferring the federal TAP funds elsewhere instead of developing rules for using those funds and putting out a call for projects. If this is not reversed, Texas is likely to fall even more in state ranking next year. In making this decision, TxDOT has not followed the spirit of the 2001 Matthew Brown Act, the first Safe Routes to School legislation in the country. Where Texas was once a leader, we are now being left behind.

In the last decade, TxDOT either spent the Transportation Enhancements (trail) program funds on highway rest stops or wiped out most of the funding in response to federal rescissions instead of spreading the cuts out more evenly among all programs as other states did.

Other states utilize CMAQ funding to build bicycle facilities. TxDOT recently prevented the City of El Paso, UT El Paso, and Fort Bliss from using CMAQ funds for an El Paso Bike Share program even though FHWA approved the funds and local leaders voted to use the CMAQ funds on no less than four occasions.

Texas did OK in education and enforcement. 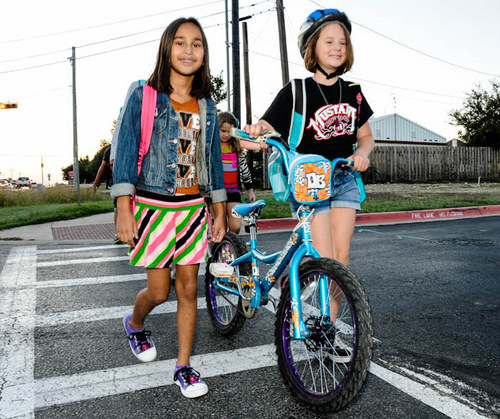 Texas initially was ahead of the nation on Safe Routes to School non-infrastructure (based on funding by the US Department of Education and Traffic Safety 402 administered by TxDOT). In partnership with TxDOT, BkeTexas has reached over two million children with five hours of bike/ped traffic safety education since 1998. In spite of the success, TxDOT has never increased the amount of funds to grow the program to reach more Texas children.

Unfortunately, Texas began to fall behind when TxDOT held back two years of funding for a statewide SRTS grants in 2007. The rules were then changed in 2008 by TxDOT staff (with no stakeholder input) so a statewide SRTS outreach program could no longer be implemented.

Most recently, TxDOT canceled the SRTS program and transferred the MAP 21 TAP money elsewhere. With these cuts, Texas is likely to fall in education and encouragement in future years.

Enforcement scored OK. Local law enforcement agencies have worked to learn from each other and BikeTexas about enforcing existing local safe passing ordinances and other laws.

Helpful information about the state ranking report by the League of American Bicyclists:

· In addition to the state ranking (1-50), the League of American Bicyclists published the total number of points a state earned out of 100 both this year and in 2013. This allows us to see if our state made progress compared to itself as well as to the other states. Because of overall improvement, it turns out a state needed to earn about 3 more points than last year just to maintain its 2013 rank. See the full list of state rankings here.

· Like last year, we can see Texas’s report card.  New this year are descriptions of the “top signs” of success.

Here is the general link to the program and the 2014 Bicycle Friendly State report.

MISSION BikeTexas advances bicycle access, safety, and education. We encourage and promote bicycling, increased safety, and improved conditions. We unite and inspire people and provide a cohesive voice for people who ride bikes in … END_OF_DOCUMENT_TOKEN_TO_BE_REPLACED