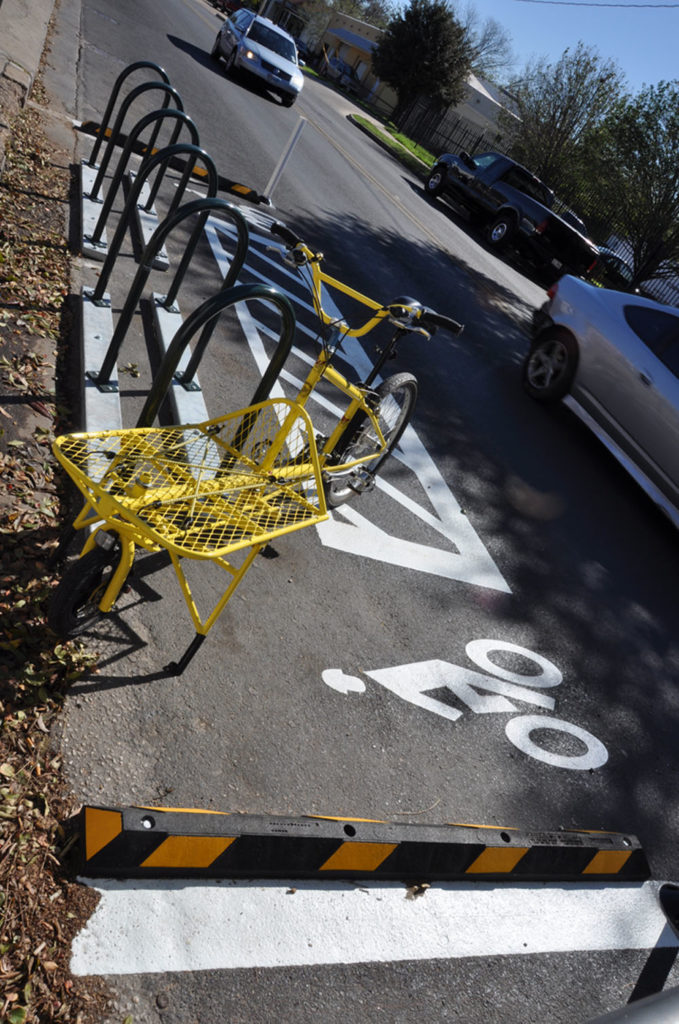 Researchers at Portland State University set out last summer to investigate the relationship between shoppers’ travel modes and their spending habits. The principal investigator, Kelly Clifton, told BikePortland at the time, “There are some businesses who think that cyclists are of lower incomes, that they spend less, that they’re not going to visit as much. ‘So why are we catering to them?’ they wonder.” Clifton’s hypothesis, she told BikePortland, was that there wouldn’t be a difference in spending between cyclists and motorists. Researchers studied spending behavior in patrons arriving by automobile, bicycle, transit, and on foot at restaurants, bars, and convenience stores.

Preliminary results from the study published in TR News show that while patrons arriving in automobiles spend more per trip, cyclists make more trips overall and generally spend more per month at their destination than their driving counterparts. (Those arriving via transit and on foot generally spent a bit less.) The researchers conclude, “These results suggest that marketing to cyclists is likely to generate a positive expenditure return for businesses in the right context.”

MISSION BikeTexas advances bicycle access, safety, and education. We encourage and promote bicycling, increased safety, and improved conditions. We unite and inspire people and provide a cohesive voice for people who ride bikes in … END_OF_DOCUMENT_TOKEN_TO_BE_REPLACED