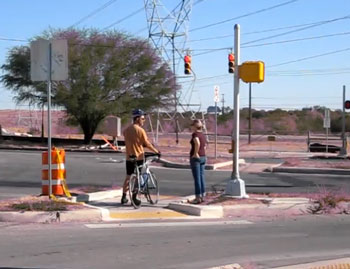 Due to construction of the Wurzbach Parkway near McAllister Park, a major portion of the Salado Creek Greenway Trail is closed to cyclists and pedestrians. A local bike advocate spoke up at the Bicycle Mobility Advisory Committee’s Bike Night in May 2012 because he had received a traffic ticket for crossing Starcrest from McAllister Park to the rest of the Greenway Trail. The gentleman cited examples of other construction projects around the state in which TxDOT and the contractors did not adequately accommodate cyclists and pedestrians when their regular avenues of travel were similarly cut off. City, county, and TxDOT officials were present at the BMAC Bike Night to hear the expressed frustrations and concerns over the trail closure and lack of a detour. 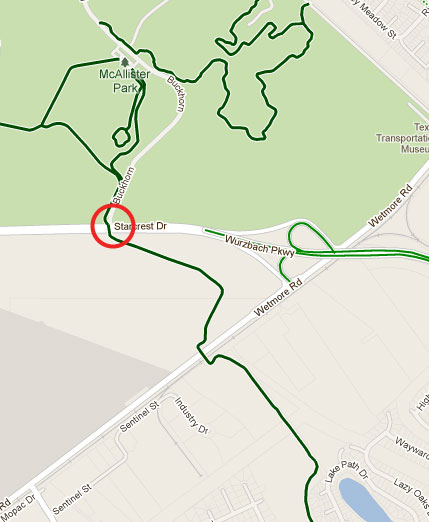 In early June, action was taken to resolve this issue. Thanks to the citizen input at the meeting, TxDOT and the City of San Antonio are acting to develop a detour for the closed trail crossing at McAllister Park across Salado Creek.

Cyclists are advised to plan their routes accordingly until the detour is completed in mid July.

MISSION BikeTexas advances bicycle access, safety, and education. We encourage and promote bicycling, increased safety, and improved conditions. We unite and inspire people and provide a cohesive voice for people who ride bikes in … END_OF_DOCUMENT_TOKEN_TO_BE_REPLACED