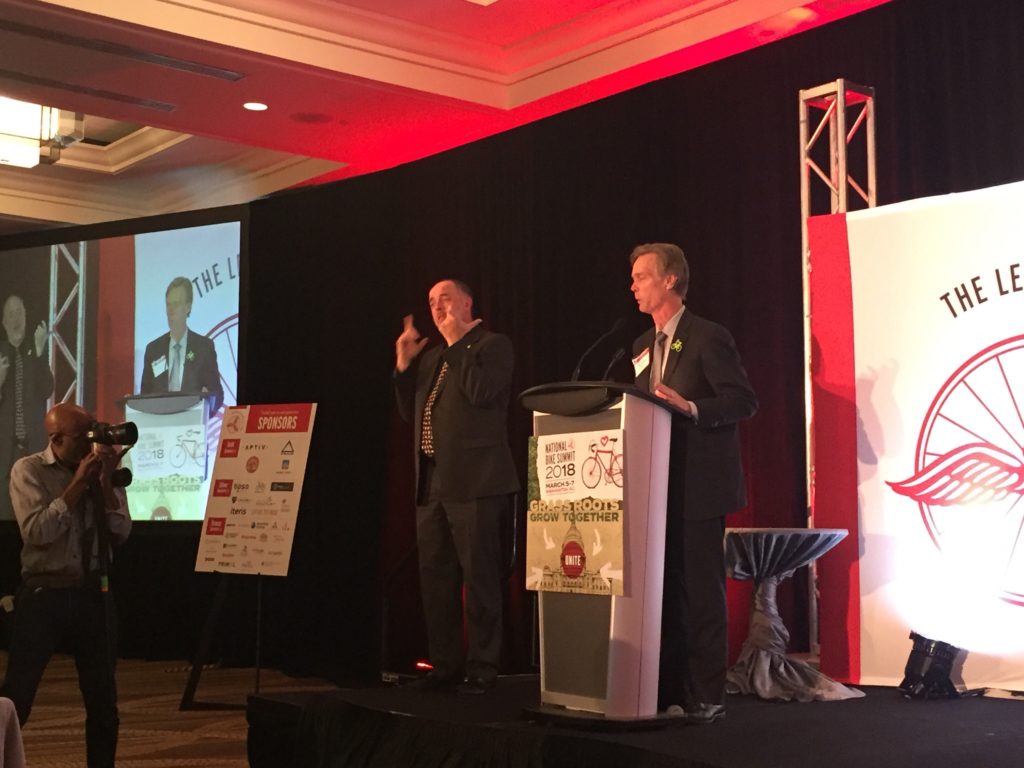 BikeTexas is delighted to announce that our own Executive Director, Robin Stallings, was awarded the Advocate of the Year Award by the League of American Bicyclists at the National Bike Summit.

Bill Nesper, Executive Director of the League, says, “Robin has been a leader in the US bicycling movement for decades. His creativity and drive to make bicycling better for all has been an inspiration and model for advocates around the country.”

Some of the ways Robin has earned this award include:

Congratulations, Robin, and thanks for bringing an award home to Texas!

MISSION BikeTexas advances bicycle access, safety, and education. We encourage and promote bicycling, increased safety, and improved conditions. We unite and inspire people and provide a cohesive voice for people who ride bikes in … END_OF_DOCUMENT_TOKEN_TO_BE_REPLACED