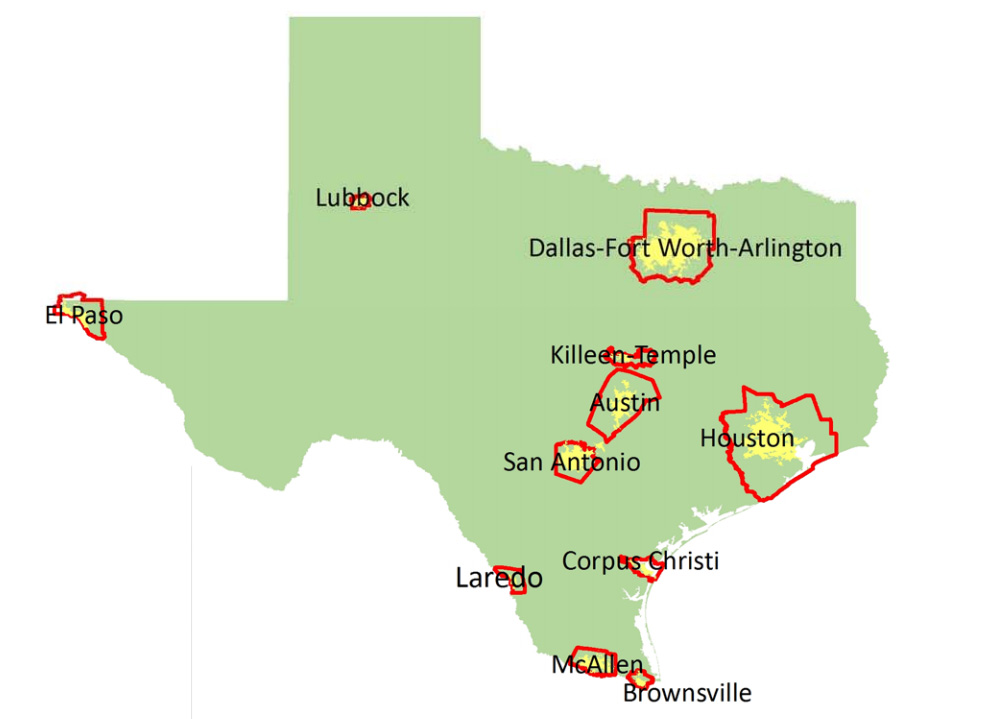 The last U.S. Congress was openly hostile to biking and walking, and the new Federal Transportation Bill, called MAP-21, shows that hostility through elimination of Safe Routes to School and Transportation Enhancements programs. These have been rolled into a new program, Transportation Alternatives, with non-bike programs such as highway beautification added to eligible uses of funds, and much of the funding made optional.

However, there’s a silver lining, especially for the eleven areas covered under a Metropolitan Planning Organization (MPO) in Texas. A mechanism that U.S. Senator Kay Bailey Hutchison fought to preserve in the final bill, under much pressure from BikeTexas and Texas cyclists like you, allows for half of the Transportation Alternatives dollars in Texas to go directly to the eleven MPOs, with funding apportioned by population.

On October 24, 2012, Tracy Hadden Loh, Research Manager at Rails-To-Trails Conservancy and Director of the National Transportation Enhancements Clearinghouse, spoke in San Antonio with encouraging news about how local areas can maximize the use of Transportation Alternatives funding, and what advocates can do to support that.

This year, the Texas Department of Transportation has decided to hold Transportation Alternatives (TA) money, and instead has issued a call for projects with the old Transportation Enhancements funds. As Ms. Loh explained, this means that there should be twice the normal amount of money under Transportation Alternatives available next year: at least $600,000 for smaller MPOs like Killeen, Brownsville, and Lubbock, and over $14 million for each of the two largest, Houston-Galveston and North Central Texas. In addition, projects in areas in or out of MPOs would be eligible for funding directly through TxDOT, from a pot estimated at $77 million. See a full list of estimated funding levels for TA here.

Each MPO will have a chance to determine how this funding is spent, which is where strong local advocacy has a key role to play. Will your area fund key bicycling infrastructure, or not? It’s important that each MPO “maximize their obligation rate”, i.e., spend all the money they have under TA on great projects. This could mean bike-friendly projects, or not, depending on the will of the MPO. While this call for projects won’t take place until next year, you can take action now–start attending meetings in your area to get to know the key decision-makers. Many MPOs have a transportation or bike-specific committee; don’t hesitate to contact BikeTexas if you need help finding yours.

Imagine what a major investment in biking and walking could do in your area. A network of protected cycle tracks, or a new major trail for transportation and recreation would mean everyone from schoolchildren to commuters to the elderly would have the chance to take advantage of safe biking and walking.

MISSION BikeTexas advances bicycle access, safety, and education. We encourage and promote bicycling, increased safety, and improved conditions. We unite and inspire people and provide a cohesive voice for people who ride bikes in … END_OF_DOCUMENT_TOKEN_TO_BE_REPLACED