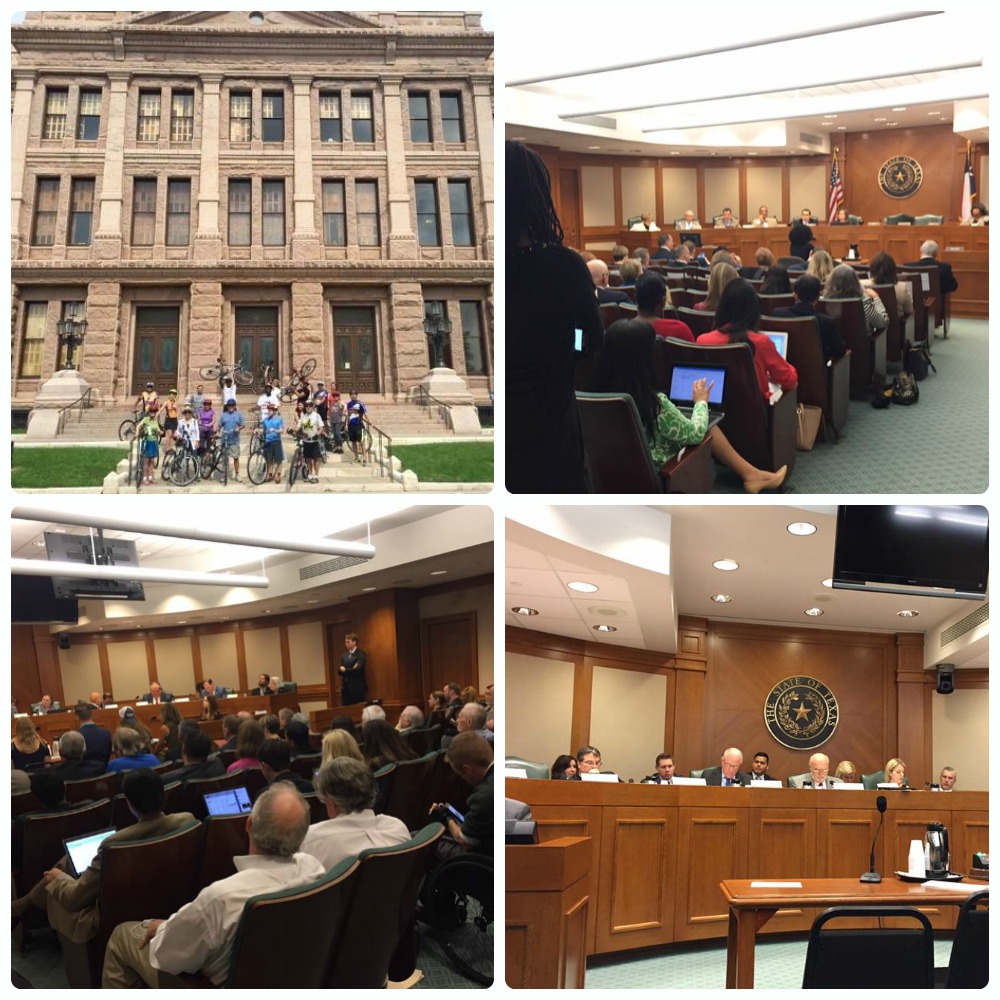 BikeTexas had several priority bills during the 85th Texas Legislature. The good news is that HB 62, No Texting While Driving, finally passed after many years of work and was signed into law by the governor. Under this law, drivers may not read, write, send texts, or communicate via other electronic messages while the vehicle is moving. Stricter ordinances at the local level are still law. The Special Legislative Session may pass a bill to void local hands-free ordinances.

Generally these bills are unlikely to be won by compelling arguments that address the legislators’ concerns. The bicycling movement will need to show a lot of “boots on the ground” in every legislative district that has a legislator whose votes we need (hint: all of them).

Many thanks to the over 80 folks who traveled to Austin for the Bike Lobby Day, Cyclists in Suits, on March 27. We visited every legislative office to let them know that people who ride bikes have high expectations of our legislators to hear our concerns and take those concerns seriously.

We’re keeping an eye on bills that come up during the Special Session and fighting every day to make Texas a great place to walk and bike.

MISSION BikeTexas advances bicycle access, safety, and education. We encourage and promote bicycling, increased safety, and improved conditions. We unite and inspire people and provide a cohesive voice for people who ride bikes in … END_OF_DOCUMENT_TOKEN_TO_BE_REPLACED