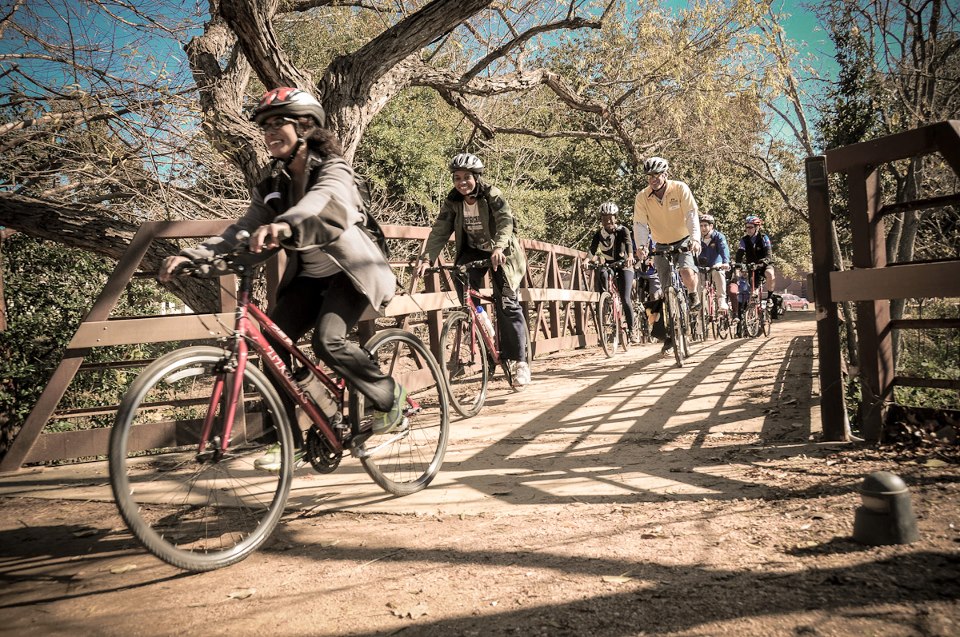 On a beautiful Sunday morning before the start of the 83rd Texas Legislature, 18 legislative interns joined Senator Rodney Ellis and BikeTexas staff for a bike ride around downtown Austin. The interns include young men and women from around Texas and the world looking to gain legal or political experience as part of a higher education program. The group, many of whom had just moved to Austin, took in Lady Bird Lake Trail, the Pfluger Bridge, the bikeway, and other sights of downtown as they relaxed before starting their work in the legislature.

BikeTexas has other bike rides planned for the legislative session. We hope to get as many legislators, their staffs, and their families on bicycles as we can! These rides are an opportunity to get to know policymakers and introduce them to the needs of cyclists. For many, a BikeTexas ride is the first time they’ve been on a bicycle since their early teens and they get to re-experience the joy of cycling.

For the interns on Sunday’s ride, many of whom may go on to be policymakers in Texas, this was a chance to instill a love of cycling that will last throughout their careers.

MISSION BikeTexas advances bicycle access, safety, and education. We encourage and promote bicycling, increased safety, and improved conditions. We unite and inspire people and provide a cohesive voice for people who ride bikes in … END_OF_DOCUMENT_TOKEN_TO_BE_REPLACED