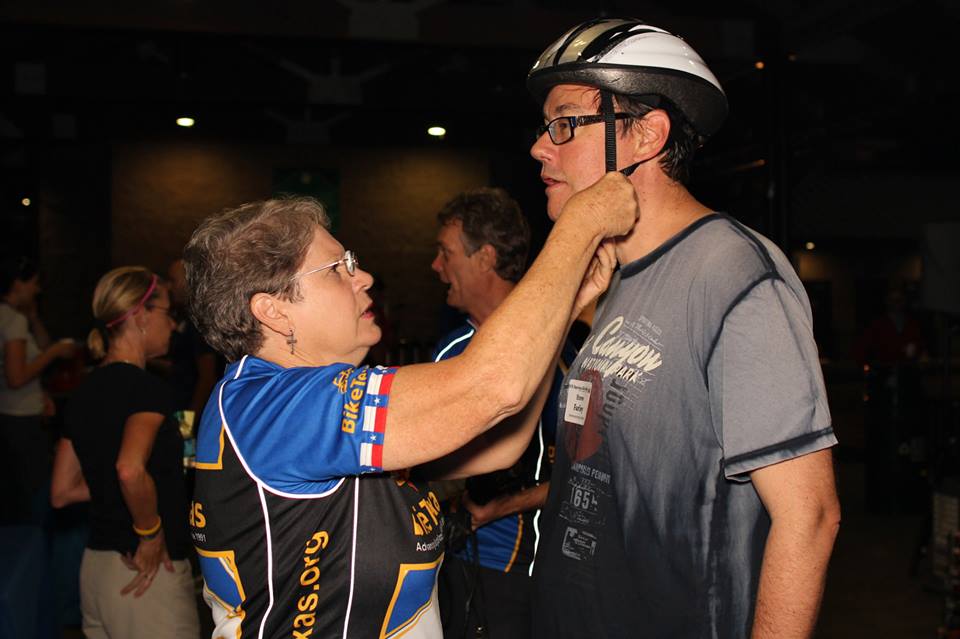 BikeTexas traveled to Atlanta for the 9th Annual National Conference of State Legislatures (NCSL) Bipartisan Bike Ride. This bike ride began in 2005 when Texas Senator Rodney Ellis suggested a bike ride for the NCSL annual meeting. It has grown every year since; this year’s ride brought out 80 legislators from around the country, 65 legislative staff and family members, and Casey Cagle, the Lt. Governor of Georgia.

BikeTexas has been part of the NCSL rides since the beginning, and we always join with local advocates to be sure the ride goes smoothly. Georgia Bikes! provided the local expertise and an amazing slate of volunteers to make sure the morning went well for our legislative guests. Sponsors BNSF Railway, Walmart, Coca-Cola, Primal, and People for Bikes made the bike ride feasible, both by getting us there and by providing goodies for the ride (we went through 5 ½ gallons of coffee, provided by Texas Coffee Traders of Austin, before we took off!).

Since many Texas legislators make the trip to NCSL every year, this ride gives BikeTexas the opportunity to speak to our lawmakers outside the Capitol, plus it’s an opportunity to show them what it’s like to be out on a bike, instead of just telling them. Not only do we reach our own legislators this way, but we can also get to know legislators from other states and give them the same benefits of experiencing a city on a bicycle, extending our work and influence potentially nationwide.

Many thanks to the ride participants who got up early to roll with us, the volunteers who got up even earlier to make the day great, and the staff at Centennial Olympic Park who were gracious hosts as we used their space to stage the ride.

MISSION BikeTexas advances bicycle access, safety, and education. We encourage and promote bicycling, increased safety, and improved conditions. We unite and inspire people and provide a cohesive voice for people who ride bikes in … END_OF_DOCUMENT_TOKEN_TO_BE_REPLACED