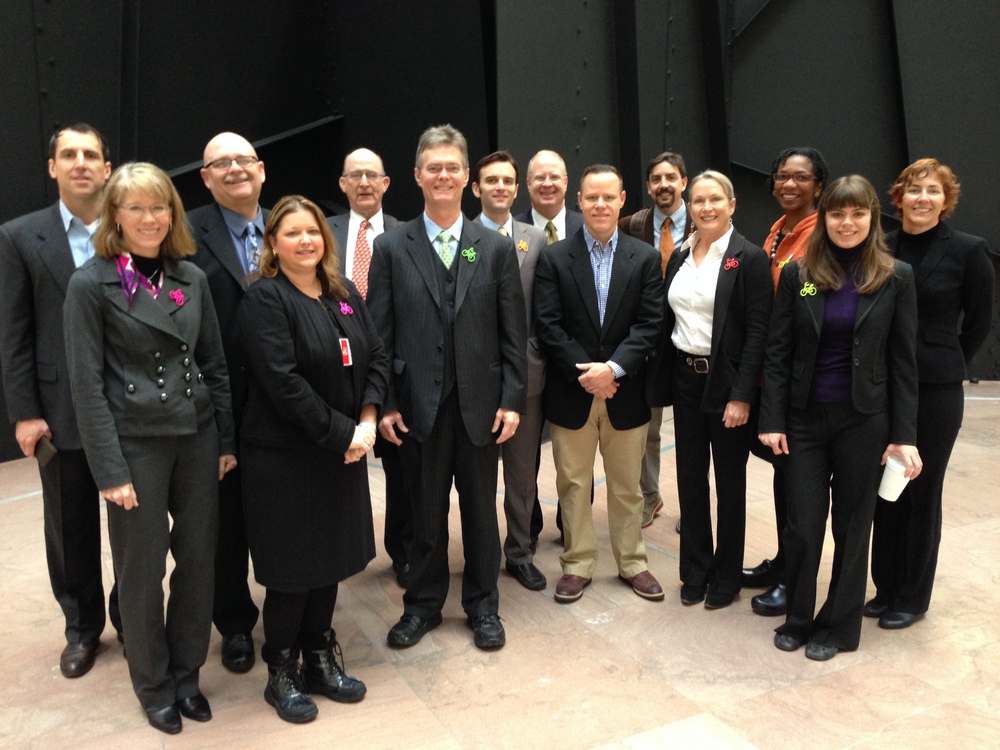 Every year in March, bike advocates from across the nation converge on Washington to swap stories, get inspired, and above all, to meet with their members of Congress. These three days of bike-loving madness are called the National Women’s Bicycling Forum and the National Bike Summit.

BikeTexas is delighted to lead the Texas delegation every year as we hear from amazing speakers and network with our colleagues from different parts of the U.S. This year, 16 delegates from Texas went to Washington, DC, for the Forum and Summit. The 2014 theme was “United Spokes: Moving Beyond Gridlock.”

The highlight of the Summit every year is Lobby Day, when each delegation heads to Capitol Hill to meet with their senators and representatives. This year’s focus was to ask our members of Congress to co-sponsor legislation requiring the Department of Transportation to set performance measures for bicycle and pedestrian safety, similar to the ones already in place for auto traffic fatalities.
The Texas delegation split up into four teams and met with all 38 Texas Congressional offices. A major victory of the day was Representative Beto O’Rourke signing on as a cosponsor to the bill to establish the performance measures after the delegation visited his office.

We’d love to see you there next year! Start making plans now to join the Texas delegation to the 2015 National Bike Summit.

MISSION BikeTexas advances bicycle access, safety, and education. We encourage and promote bicycling, increased safety, and improved conditions. We unite and inspire people and provide a cohesive voice for people who ride bikes in … END_OF_DOCUMENT_TOKEN_TO_BE_REPLACED